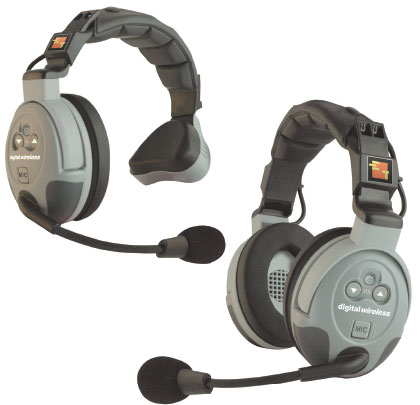 Effective communication is essential to the success of any business. When dealing in the construction industry it is not only essential to success, but also the safety of workers. With an abundance of noisy, heavy machinery being used on a daily basis, construction sites are among the most dangerous when it comes to work places in America. According to the U.S. Department of Labor, Bureau of Labor Statistics, construction laborers and workers in the construction trades rank in the Top 10 of the most dangerous jobs.
The standard means of communication for crews who deal with these sorts of machines have not always been up to par. Workers mostly rely on a combination of shouting and complex hand signals to share information while on the jobsite. The limitations to this type of communication are obvious. You run the risk of crucial information being missed, and when employees’ health and well being are on the line that is unacceptable.

There are a variety of different communication options available that have been used on construction sites for some time. One of which would be a hard-wired system. With wired systems, headsets are linked directly together using a set of interconnecting cables. While this is a step up from shouting and hand signals, it comes with many drawbacks, some of which cause more problems than the system solves. With a series of long cables spread out over a jobsite, it is easy to see the potential problems brought on by a wired system. Not only is there an added tripping hazard, but you have also created another piece of equipment that can get damaged or destroyed.


With all of the negatives brought on by wired systems, it is easy to see why people who deal in heavy-machinery construction generally search for a wireless solution first. While tripping hazards and other issues that come with the wired systems do not apply to wireless devices, they too have their share of limitations. Traditional wireless transceivers operate in a mode that is called “push to talk” otherwise known as Simplex. This means exactly what it says, a user must press a button in order to activate the microphone. With simplex wireless working with your hands and speaking at the same time is obviously cumbersome if almost impossible.
Not only do these radios require you to press a button to speak, only one person can transmit at a time. If someone is holding their button to speak, it is impossible to let another staff member communicate at the same time. If two people try to talk simultaneously their transmissions are interrupted and neither signal gets through. This can be extremely dangerous when complex and difficult tasks are being performed. Only allowing one person to talk at a time severely limits the ability of the entire team to effectively communicate. On top of not allowing users to keep their hands free or speak at the same time, simplex radios normally operate on cluttered frequencies leading to interference and spill over from other devices. This can be avoided by having a more high-powered system, however, that usually requires licensing from the FCC, and can be both expensive and time-consuming.
Traditional two-way radios can be used with headsets which can enhance the performance, yet they also raise other issues. Some headsets include voice activation circuitry (VOX) that allows the user to simply speak into the microphone to generate a transmission. If a headset set to VOX is deployed in an environment with too much ambient noise the microphone becomes overloaded interrupting the entire talk-net. This situation is called “false keying.”
Today a new wave of specialty wireless products are emerging that fill the void that has existed in the wireless communication marketplace for decades. This new breed of transceivers is known as Full-Duplex. The term Full-Duplex refers to the capability for a signal to be transmitted in two directions simultaneously. The most popular example of a device that operates in Full-Duplex would be a standard telephone. While using Full-Duplex devices multiple parties can speak all at once, unlike the push to talk where only one party can transmit at a time. This allows an entire work crew to immediately relay information to other team members.
The new technology that these products operate with function with all of the advantages of previous types of communication systems, while at the same time eliminating the dangers that are caused by their shortcomings. The ability to have an entire crew in constant, hands-free communication will allow jobs to be completed in timely manner increasing safety and productivity. While it may not be possible to completely eliminate the dangers that come along with working in such a dangerous field, managers can be assured that a lack of communication will not be a contributing factor to these risks.

ComSTAR is Eartec’s full duplex wireless system and it has all of the capabilities mentioned above. They enhance industrial jobsite productivity and safety by providing instantaneous, “hands free” voice communications within an 800 yard range.
Eartec offers a variety of headsets including the XTreme, which is a specialty hard hat compatible version that features miniaturized wireless circuitry and antenna installed right inside the ear cup. With this “All in One” design is a breakthrough, eliminating the need for cables and beltpack transceivers.
ComSTAR operates within the DECT, 1920 – 1930 MHz band allocated by the FCC for voice communications only. No FCC licensing required.

For More Information For more information about Eartec Co. and its products, contact Kyle Bell at 800.399.5994, email kyle@eartec.com, or visit www.eartec.com. 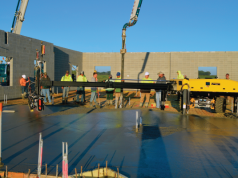 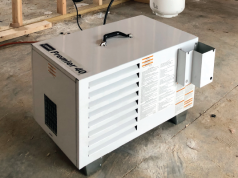