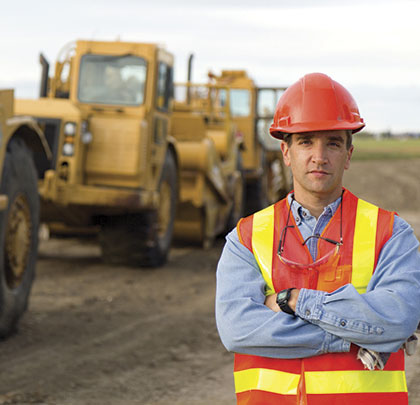 Construction disputes can arise from virtually any aspect of the construction process, from scheduling to payment to alleged construction defects and completed work, and such disputes often become quite contentious. In the commercial context, where higher dollar projects are generally involved, disputes become contentious largely because of the significant assets being committed to the construction project. Disputes can become contentious in the residential construction context for different reasons, even where less is involved in terms of potential money damages. Residential customers generally consider their home to be the primary financial and emotional investment their family has made, and can be very sensitive to perceived defects in the home. When these disputes arise, the contractor is generally seen by the homeowner as trying to take advantage of its position. Likewise, contractors tend to see the homeowners as grasping and unreasonable. Given the tight margin on which many contractors operate, the additional work to correct alleged defects can be very costly. Finally, where a contractor seeking payment needs to file suit against the owner for delinquent or missed payments, the result more often than not seems to be a counterclaim by the owner for an exhaustive laundry list of every real or imagined construction defect in the project. The resulting disputes can be very contentious and, of course, very expensive.

Traditional construction defect litigation, as was seen on a mass scale in the EIFS/stucco cases, typically began with a suit by the property owner against the general contractor. The GC then typically brought in all of its subs and suppliers as third-party defendants, each of whom typically counterclaimed the GC and cross-claimed each other. Each of those parties then sought coverage from its carrier for the claims asserted against it.
While that remains the general landscape, the last few years have seen courts decide a number of significant cases that cast doubt on the availability of some of these claims, making the terms of the contracts and insurance policies under which the parties agree to do business more important than ever.
SHOULD ALL PARTIES BE BROUGHT IN?
While it is often routine to bring all of the involved parties into construction litigation, ample consideration should be given as to whether it is a good idea in a given case. Too often, the decision to bring all of the other parties in is a knee-jerk one that results in overly complicated litigation and, potentially, negative strategic value for the party bringing in the third parties.
One disadvantage of bringing in all of the subcontractors on a case is that it puts the defendants in the position of pointing fingers at each other, and allows the plaintiff in the litigation, usually the owner of the property, to merely sit back and allow all of the defendants to dig each other’s graves. For example, rather than defending litigation on the basis that the construction was proper, the general contractor is placed in a position of defending the litigation on the basis that while there may be construction defects, they weren’t the general contractor’s fault but the fault of the individual subcontractors doing the work. The subcontractors then respond by pointing back to the general contractor or to other subcontractors, or the design professionals, all of which supports the plaintiff’s original point that there was some defect in the construction. This can place the plaintiff in a powerful bargaining position both with respect to settlement and in front of a judge, arbitrator, or jury.
On the other hand, it can be very beneficial to settling a case to bring additional funds of money to the bargaining table by bringing in subcontractors. Given the expense of litigation, the realities are that it often makes more sense to contribute to settlement than to vigorously defend a case. This can lead to an extremely frustrating situation for tangentially involved subcontractors who may have done hundreds of dollars’ worth of work on a case and are faced with thousands or tens of thousands of dollars in attorneys’ fees if they do not contribute to settlement.
LEGAL LIMITATIONS ON INDEMNITY CLAIMS
This strategy has been limited to a degree in recent years as many jurisdictions, through statutes or case law, have limited indemnity claims between the parties to a construction contract unless the contract specifically spells out an indemnity provision enforceable in that particular state. Indemnity is a claim seeking recovery from another party for a loss one is being sued for. The best strategy remains a carefully worded and enforceable indemnity agreement, preferably backed by a certificate of insurance and/or an agreement that the subcontractor include the general as an additional insured under the subcontractor’s policy and an endorsement from the insurance carrier confirming such coverage.
TOLLING AGREEMENTS AS AN ALTERNATIVE
One alternative to allowing the plaintiff to be in the position of pointing to all the defendants and letting them point at each other has been the possibility of a tolling agreement whereby all of the contractors and subcontractors agree not to pursue claims against each other at the present time, but to toll the statutes of limitations and repose until a later date where, if liability is found, they can pursue their indemnity and contribution and other actions against each other at that time. This allows the general contractor to defend the case more vigorously with the possibility of recovering for any damages caused by a subcontractor at a later date.
CONCLUSION
While courts and legislatures have, in recent years, attempted to address the complex liability relationships between the parties to construction contracts and their insurers, complex issues remain as to who is liable to whom in a given situation. This fascinating area of law will no doubt continue to evolve, because where construction continues to grow, disputes will grow with it. ■

Thomas More Buckley, Esq., is a partner with Hedrick, Gardner, Kincheloe & Garofalo (www.hedrickgardner.com), one of the largest litigation and dispute resolution firms in the Carolinas. His practice focuses on business litigation, with a particular emphasis on defending contractors in construction disputes. He also is a member of the Construction Law and Litigation Committee of the International Association of Defense Counsel. Buckley can be reached at tbuckley@hedrickgardner.com.