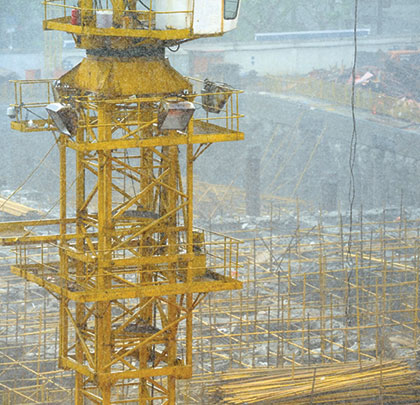 A Few Tips on Entitlement and Quantification
Just this past month, we had substantial rain that caused flooding in many areas throughout Middle Tennessee. As spring approaches, how do you address the impact of unusually severe weather? Traditionally, the parties’ construction contract will dictate who bears the risk of loss in these types of situations. In other instances, the applicable common law will dictate whether additional compensation, or time, or both are recoverable.
In Daewoo Engineering & Construction Company v. United States, the contractor involved in building a 53-mile road around an island submitted to the Army Corps of Engineers a claim for delays and additional costs incurred because of high humidity, rainy weather, and moist soils encountered on the project. The contractor sought $13 million in additional costs incurred and more than $50 million for future costs not yet incurred. The government filed a counter-claim alleging fraud and other violations.
Although the appellate decision focuses on the government’s claims, the lessons learned about delays stem from the trial court’s opinion.
TRAIL COURT OPINION
The trial court criticized the contractor’s witnesses for lacking credibility. The court concluded that the $50 million portion of the contractor’s claim addressing future costs was no more than “a claim to gain leverage against the United States [and] violates the principles on which Congress enacted the Contract Disputes Act.” Apparently, the contractor was seeking a substantial modification of compaction requirements for embankment that would have greatly reduced problems for the contractor. In the court’s view, the $50 million in future costs was an inflated figure inserted into the claim as a ploy to expedite the Corps’ decision on whether to modify the compaction requirements
CALCULATION DAMAGES
The most notable lesson from Daewoo is that contractors should seek the guidance of experts to assist in calculating damages and to perform a schedule analysis for their claims. Here are some general tips: