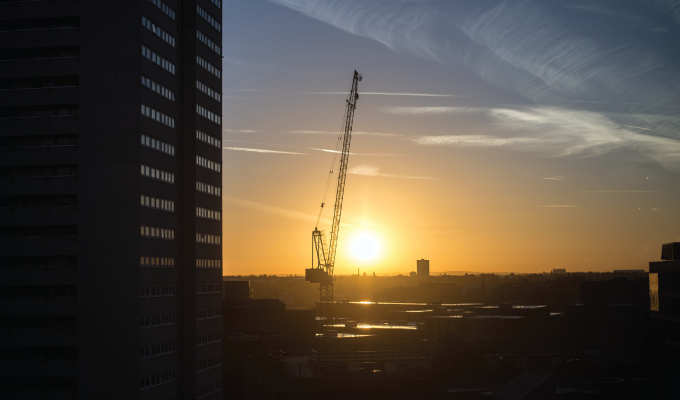 Over 100 years ago, the U.S. Supreme Court decided the landmark Spearin case (248 U.S. 132 (U.S. 1918)), affirming a contractors’ right to pursue claims on public projects for “defects in the plans and specifications.” While the right to recovery is well established, there remains no universally accepted methodology to calculate damages attributable to those claims, whether on public or private projects. Over the years, states, federal district courts, and the U.S. Court of Federal Claims developed their own set of precedent—decided cases—instructing claimants on methods to present claims that pass judicial muster. This piecemeal approach results in an unnecessarily complex and somewhat confounding tapestry of damage calculations. With their proposed new standard, “Identifying, Quantifying, and Proving Loss of Productivity,” set to be published this year, the American Society of Civil Engineers (ASCE) offers a new way of looking at a category of construction damages which could unify the field.

Construction claimants must consider the legal landscape when developing a damages model. Not every state or federal jurisdiction is bound by the same set of case law, so understanding what will and will not be allowed is essential. However, some general principles do apply. In every jurisdiction, the contractor bears the burden to prove its claim, both entitlement and quantum. Proving the second element, the amount of damages incurred, is where a great diversity of methodologies exists. What constitutes “reasonable certainty” or sufficient evidence of the value of the claim may be widely different in different states, and not all models will be admissible in every jurisdiction. This may be further complicated by the contractor’s inability to prove the precise amount of damages due to their amorphous nature, such as with labor inefficiency claims. Generally, whether a party has produced sufficient evidence in support of a claim is a “fact question” left for the decisionmaker, either arbitrator or jury. However, judges are “gatekeepers” of expert testimony, and so, when a damages model is presented through a construction claims expert, whether it will be admitted depends on the judges.

A contractor’s inability to precisely calculate its damages led to the development of a number of methods which attempt precision: the “total cost method” and the “modified total cost method.” Under the total cost method, damages are calculated by subtracting the original estimated cost to perform the work (generally the bid amount) from the actual total cost of performance. It is simplistic, fraught with assailable assumptions, and is disfavored by courts. Somewhat more accepted is the modified total cost approach, which adjusts the original bid and actual cost to complete to eliminate inaccuracies and segregate costs not the responsibility of the owner, or the result of the contractor’s own inefficiencies. Yet, even this approach has its limitations and critics.

Recognizing the divide in proving labor productivity claims, the ASCE, through its Standards Committee, developed a draft methodology to identify, quantify and determine causation, liability and quantum for labor productivity losses. The approach presents a consensus document with input from various stakeholders, including owners, designers, and contractors. Its drafters note the “key principles presented herein can be used by any project stakeholder both prospectively and retrospectively to identify, establish, and quantify loss of productivity.” It provides construction professionals with a complete claim lifecycle roadmap, from initial data collection to verification and analysis.

From the outset, the standard recommends project stakeholders proactively identify processes and metrics to accurately measure productivity and periodically compare it to project expectations. Doing so could prevent a loss of productivity claim before its onset, but, if nothing else, provides the yardstick to measure the claim. The core objective of the standard is “to help minimize and resolve disputes over identifying, quantifying, and proving the loss of productivity on a project.” With that in mind, early arrival on an accurate productivity measurement must be made (the project’s “measured mile”) so assessing work completed to date against labor-hours expended to accomplish that work can be analyzed and adjusted as necessary.

These frequent “temperature checks” are critical, because of draconian language in many construction contracts’ claim provisions, change order, and payment application documents and their associated waiver language. If claims must be presented the moment the contractor becomes aware in order to be preserved, or if claims are waived by signing pay applications or change orders that do not include a calculation of productivity losses, without some affirmative action, a contractor can unwittingly relinquish its claim. It is best to consult with a legal advisor to review contract claim prerequisites and change order/pay application language to ensure claims are properly presented and pursued.

To establish a claimable impact, the contractor must show its measured mile rate of productivity was unachievable due to some disrupting event. Using project specific measured mile data is preferrable to any other source because it shows the contractor’s actual productivity rate on the project in issue. It is recommended the measured mile encompass at least 10 percent of the total work, and could be quantity, time, or area based. The disrupting event must be the “cause and effect” of the inefficiency, as opposed to some other concurrent or alternative cause. If there is a “cumulative impact,” where separate impacting events or factors cannot be segregated from the other, a clear explanation of the inability to separate these factors will be required.

After a detailed review of industry standards and literature on claims analysis, the ASCE standard promulgates a preferred order of methods for quantifying productivity loss given their reliability and credibility. The preferred order of the various damage quantification methods is hierarchically set in three tiers, beginning with the most preferred method (Tier 1), the Measured Mile approach; then (Tier 2) academic and industry productivity factors and studies, or Modified Total Cost; and finally, the least preferred method (Tier 3), Total Cost. Before moving from a higher to a lower tier, the standard recommends it be shown by a reasonable degree of certainty that a higher-tier method could not be used. Further, because of the complexity of the models, the standard recommends the evaluation of any large loss of productivity claim be performed by a qualified, independent claims expert.

The standard, once published, will carry the endorsement of the American National Standards Institute Standard Guidelines, bringing with it a certain level of industry credibility. It is not just a roadmap for documenting and proving claims, but also offers construction contractors a guide to preventing loss of productivity claims from the outset. Construction claims professionals should become familiar with the logic and examples presented in the document, as their work will undoubtedly be tested by whether or not they considered the standard in their analysis. Eventually, adherence to the recommendations of the standard will come to be judged by the courts, as they weigh the credibility of expert opinion. While the current version of the document notes it is “advisory, not mandatory,” perhaps industry momentum will make it “the gold standard” by which loss of productivity claims will be measured, bringing uniformity to this area of law.

William S. Thomas is a principal at Gausnell, O’Keefe & Thomas, LLC in St. Louis, Missouri, where he focuses his practice on construction claims and loss prevention. He is a member of the International Association of Defense Counsel, for which he serves on the Construction Law Committee, as well as the American Institute of Architects and American Society of Civil Engineers. He can be reached at wthomas@gotlawstl.com. 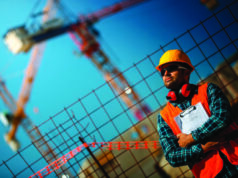 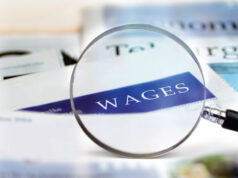 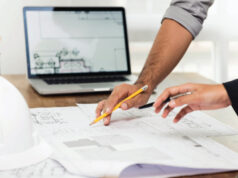