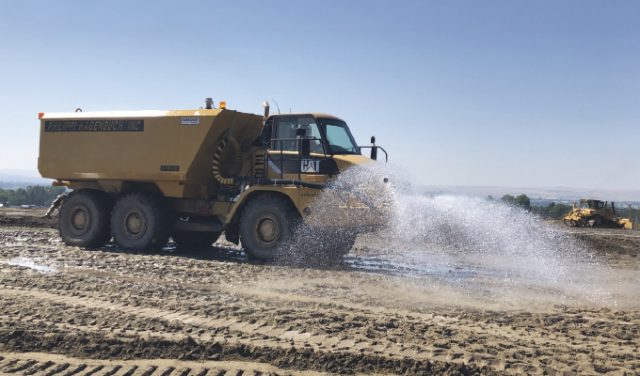 RP Development LLC is a relatively new player in the booming construction and development market in Washington state’s Tri-Cities area. From its incorporation in 2016, the company has taken a different approach. The majority of developers in the area simply buy the land and contract out the actual development. RP Development, on the other hand, purchases and develops properties using its own in-house demolition and construction crews, making it the only full-service developer in the area. By removing the third party, RP Development is able to streamline the process, greatly increasing efficiency for itself and for customers.

However, the process only works if RP Development is operating at maximum efficiency. Relying on in-house construction and demolition teams means the developer can work at its own pace, without the added time and expense of coordinating with third-party contractors. But that also means the company is balancing additional overhead from equipment and labor. Ensuring efficiency is the key to a successful project, and, to do that, RP Development invests in the people and machines that can deliver the necessary productivity. Management embraces innovations that allow faster, safer project completions and carefully selects partners that reflect the company’s customer-focused values.

One area RP Development saw the opportunity to revolutionize their current process was water haulage. The high sand content in Tri-Cities soil creates a dusty environment on any jobsite. Developers and contractors control dust and add moisture for proper compaction by trucking in thousands of gallons of water each day. Adding an 8,000-gallon, custom-designed water tank in 2019, from Philippi-Hagenbuch, to its fleet allowed RP Development to maximize capacity on its 730 CAT articulated dump truck, increasing productivity nearly 40 percent for this vital task.

Even as a young company, RP Development quickly built a reputation for high-quality development services in the Tri-Cities area. This is thanks in part to a management team with decades of industry experience and a willingness to innovate. In just a few short years, the company has delivered more than 440 lots—both residential and commercial—and expanded its services to include demolition and redevelopment projects, as well as first-time development.

“Our success is a direct result of the dedication of our team and the high-quality standards we set for every project,” said Stephen Bauman, general manager for RP Development. “We’ve never followed the idea ‘if it’s not broke, don’t fix it.’ If there’s a better solution out there, we’re going to look into it. That’s what sets us apart and allows us to provide better results. We knew our process for hauling water wasn’t as efficient as it could be. It wasn’t broken, but we felt it could still be fixed.”

RP Development was using two Peterbilt 367 on-highway trucks equipped with 5,000-gallon water tanks to haul water within its jobsites. Due to high demand, the tanks were constantly in use. A 12,000-gallon water tower filled the 5,000-gallon tanks in about 90 seconds, but with half a mile or more between the fill point and the jobsite, RP Development lost productivity with each trip. On the jobsite, each tank slowly distributed its load through a dual-head spray bar equipped with six nozzles and a cannon, attached to the back of the truck. The 500-gallon-per-minute pumps took 20 minutes to dump the full load. Then the driver would return to the water tower for a refill.

“The entire process could take more than half an hour per truck,” Bauman says. “It severely limited what we were able to accomplish on the jobsite each day. We managed to make it work, with great planning and flexibility, but we knew we needed a better solution to achieve our productivity and quality goals.”

RP Development began researching larger water tanks that would fit its unique needs. They found no shortage of models available from reputable original equipment manufacturers. However, there was no way to customize the equipment to fit the developer’s application. The search continued until CONEXPO/CON-AGG 2017 when Bauman stopped by the Philippi-Hagenbuch booth.

“From the start, PHIL was interested in providing a solution, not just a product,” Bauman says. “Where the other OEMs gave us a spec sheet with limited options, the PHIL team pulled out a notebook and started writing down what we wanted.”

“The square sides were different than anything else we were seeing on the market,” Bauman says. “But once the PHIL engineers walked us through the science behind, it we realized the benefits to capacity and overall safety are remarkable.”

The PHIL team explained that a square tank can haul about 20 percent more water than a rounded tank with similar exterior dimension, allowing RP Development to increase capacity without increasing the overall size of the tank. A square design, manufactured with heavy-duty Hardox 450 steel, also offers a lower center of gravity, reduces internal water churn and due to their internal baffle doors, allows for optimal water flow while minimizing front to back surging. These features increased stability and safety during transportation which is ideal for an application that requires a fair amount of travel between fill and dump sites.

The new tank features a flow rate of 1,500 gallons per minute, meaning it only takes RP Development 6 minutes to distribute the entire tank load—14 minutes faster than the previous tanks. The tank design also incorporates six spray heads and a water cannon capable of pumping 650 gallons of water per minute.

A recent subdivision project allowed RP Development to fully test out the efficiency of the new water tank. The side-by-side Riverhawk and Sorano subdivisions feature a combined 309 residential lots. Between the two, RP Development needed to move an estimated 200,000 yards of dirt. During development, the PHIL water tank delivered an average of 41 full loads of water daily.

“For the Riverhawk and Sorano, we were hauling up to 328,000 gallons a day,” Bauman says. “With the old tanks, it would have taken almost 70 trips to deliver that much water. Assuming half an hour to deliver, dump, and refill, even with two trucks hauling constantly, it would have taken us 17 hours to match the productivity of the new tank. With the PHIL tank, we can do it in an 8-hour shift.”

RP Development isn’t the only one taking notice of the increased efficiency. Other contractors in the competitive Tri-Cities region have reached out to the developer about the new equipment.

“With any new approach, people are curious how it will turn out; so, from day one, contractors and developers have been watching what we’re doing,” Bauman says. “With the number of questions we’ve fielded about our PHIL tank, I’d say the competition thinks we’re on the right track. But we’ve always known that relying on our in-house team was the only way to produce the high-quality, customer-focused results we’d be proud to put our name on. Combining our experience with the latest technology—from an OEM that shares our core values—wasn’t an innovation; it was a no brainer.”

While other contractors and developers in the Tri-Cities area look to adopt RP Development’s model, the company continues to strive forward—maximizing its efficiency with a second PHIL water tank in the near future.

“Just comparing volume between one of the old tanks and the new one, we’ve got 60 percent more capacity with the PHIL tank,” Bauman says, “but that’s just the beginning. We can carry more and unload it faster. Plus, with the cannon we can reach areas we couldn’t get to before. It’s revolutionized what we can do in a day.” 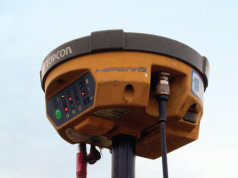 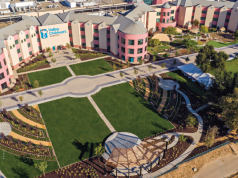 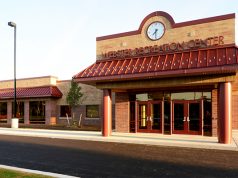