Home Safety Solutions The Nod Off 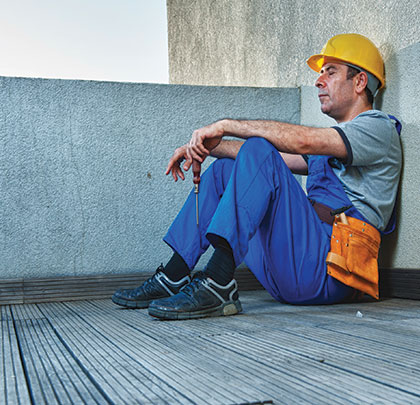 The importance of sleep for safety’s sake
On a basic level, it’s probably true that we all understand that getting a good night’s sleep is important. None of us likes to constantly feel tired and irritable, and certainly none of us wants to perform at less than our level best. What we may not understand, however, is just how important sleep is to the work we perform, especially when that work happens to be operating any commercial motor vehicle (CMV).
IMPORTANCE OF SLEEP
According to the National Sleep Foundation, there are two factors that scientists and researchers are continuing to learn about in regards to the importance of sleep: basal sleep need and sleep debt. So, as we try to understand the importance of sleep and how it relates to our aptitude to perform our duties to the best of our abilities, it’s imperative to consider these two important variables.
Basal sleep need is the amount of sleep our bodies need on a regular basis for optimal performance. It’s the magic number, so to speak, that allows us to perform at our best and feel the most energetic. The number varies from person to person; however, two research studies suggest that it ranges from 7 to 8 hours of sleep per night for healthy adults.
On the other side of the scale is what’s known as sleep debt—the accumulated sleep that is lost to poor sleep habits, sickness, and awakenings due to environmental factors or other causes. And like most other types of debt, it’s not good to accumulate too much. Furthermore, it has a specific interaction with basal sleep need whereby a person can meet their basal sleep need for the night, but still feel tired because of unresolved sleep debt. Connecting this to commercial motor vehicle drivers, we begin to see just how important getting the right amount of sleep is, and, additionally, just how vital it is to identify any conditions that might be hindering our ability to get the desired amount of sleep.
SLEEP APNEA
The National Sleep Foundation defines obstructive sleep apnea (OSA) as “a disorder in which breathing is briefly and repeatedly interrupted during sleep.” There is a breathing pause that lasts at least 10 seconds and occurs when the muscles in the back of the throat fail to keep the airway open, despite efforts to breathe. This could occur up to 400 times a night. Sleep apnea is considered a serious and potentially life-threatening disease that is often unrecognized and undiagnosed. It’s also quite expensive. According to a research study entitled “The Medical Cost of Undiagnosed Sleep Apnea,” untreated sleep apnea is estimated to cost $3.4 billion in additional medical costs in the U.S.
INCREASING AWARENESS
Because of its broad prevalence, potentially deadly consequences, and enormous cost, the Federal Motor Carrier Safety Administration (FMCSA) has engaged in efforts to increase driver and industry awareness, as well as study the condition’s causes and treatments. A well-documented study sponsored by the FMCSA and the American Transportation Research Institute of the American Trucking Association (ATA) entitled, “A Study for the Prevalence of Sleep Apnea Among Commercial Truck Drivers,” was performed to address the prevalence of sleep apnea among commercial truck drivers, potential risk factors, and its impact on driving performance. The study found that 17.6 percent of CDL holders in the population used in the study had mild sleep apnea, 5.8 percent had moderate sleep apnea, and 4.7 percent had severe sleep apnea.
Additionally, the study revealed an interesting correlation between two factors—age and degree of obesity. The study found that drivers with higher ages and Body Mass Index (BMI)—a tool used to measure obesity—were more prone to having severe sleep apnea. The FMCSA says that as many as 28 percent of commercial driver’s license (CDL) holders have sleep apnea.
SIGNS OF SLEEP APNEA
According to the National Sleep Foundation, the signs of sleep apnea include daytime sleepiness, falling asleep at inappropriate times, loud snoring, depression, irritability, loss of sex drive, morning headaches, frequent nighttime urination, lack of concentration, and memory impairment. For commercial drivers, these symptoms are dangerous and potentially deadly. Research indicates that untreated sleep apnea puts drivers at increased risk for motor vehicle crashes where others traveling along the same path may also be hurt.
How do you know if you are at risk for sleep apnea? According to the National Sleep Foundation, sleep apnea occurs in all age groups and both sexes, but there are certain factors that put you at a higher risk: