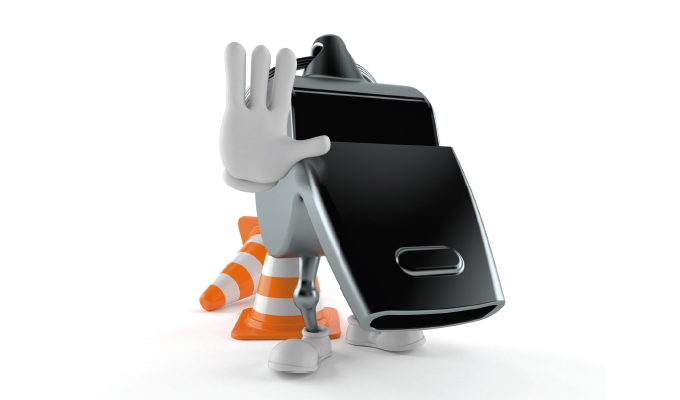 We hear from clients that they have given employees stop work authority. If they see something unsafe or are unsure about something they see as dangerous, they can stop work. But will employees actually stop the work? Our professional observations say no, they won’t. Using the stop work authority means disagreeing with leadership and their peers, which is risky and could be embarrassing.

Whether people use the stop work authority or disagree with leadership is largely based on corporate and jobsite culture. The actions of leadership at all levels determines the culture. To reach zero incidents, those actions need to model a safer culture, not just physically but also mentally.

For people to step up and stop work, they need to believe two things: 1) they won’t lose their job, and 2) no one will shame them.

The following interactive experiment we frequently use demonstrates how a company’s culture affects employee response to disagreeing with leadership. It’s also a great example of a leader using the moment to begin to create change.

Martin, the CEO of a large multi-national construction company, asked us to do leadership training for 50 supervisors and managers. But first, he wanted us to spend time with the 12-person executive team.

Before beginning, we asked Martin to pick half the executives, give them these instructions, and swear them to secrecy.

“At some point in the session, we’ll show a slide with four vertical bars. There will be three bars on the right, labeled A, B, and C. Each bar will be a different height. On the left will be the fourth bar marked Target, and it will clearly be the same height as B.

We started with Martin, who answered, “A.” One by one, we chose the people in on the secret. Each responded A.

As the exercise unfolded, the body language of those not in on the secret was telling—they seemed confused. While many of them likely disagreed with the answer, and some may have been wondering whether their leaders had completely lost their minds, each of them answered “A” when asked for their opinion.

Why? Because the leaders said it was A. Leaders are leaders because they are always right. So, if the smartest, most powerful people in the room were saying the correct answer is A, then it must be.

Even if it isn’t.

We got to the eleventh team member, Chris. He’d been sweating, shifting in his seat, and even snapped his pencil in half. Chris stammered, “I might get fired for saying this, but I disagree with you. The answer is not A. You almost had me believing it is. But it is not A. It is B.”

The group relaxed when we let them in on the experiment.

We repeated the exercise the next day with the rest of the managers and supervisors, 63 people total. This time the entire executive team was to answer ‘A’ as we called on them. The slide went up on the screen. We asked which bar matched the target. Martin answered, “A,” and then the next executive answered “A” in turn.

They stared at the slide, willing it to tell the truth. No one spoke up, so we chose people at random. All agreed that ‘A’ was the correct answer. Somewhere around 6 minutes into this, a young woman slowly raised her hand.

She raised her chin, stood up, squared her shoulders, and said, “I might get fired for saying this, but I disagree with you. The answer is B.”

At that moment Martin, the CEO, stands up and says, “You’re right! It is not A. It is B!” Then change began to happen. He says, “The point of this exercise is that even when leadership agrees on something, we can all be wrong. We need you to step up and disagree with us if you see something we don’t!”

The key point is that people were afraid of losing their jobs even when the topic was nothing important. All we were talking about was the length of four bars on a slide, not something that could affect safety, productivity, or the bottom line.

In another example of how culture affects safety, Brody was a newly certified crane operator. He was lifting a worker in a personnel basket to attach a piece of equipment to an oil wellhead. The superintendent wanted him to move more quickly. Brody refused because it was not the safe thing to do.

Afterwards the superintendent acknowledged that Brody did the right thing. However, in a safety culture that had been nurtured to truly empower workers, the superintendent would not have questioned the pace of work in the first place.

Teaching safety culture is not something that is accomplished in a Toolbox Talk. Neither can the concept of stop work authority be fully accepted unless the corporate and jobsite culture supports it. In successful cultures, this mentality is integral to how teams approach each job and is supported and modeled by leadership from the top down.

Bart Gragg is president of Blue Collar Universityˇ and a senior advisor on leadership to TradeUp.  He works with business leaders, managers, and supervisors to plan and work more effectively with each other. Bart is an advisor, trainer, barrel racer, and photographer. He is the author of the book ™They’re Managers – Now What?∫ and speaks to audiences at all levels about leadership and safety. For more on engaging Bart as a speaker or advisor, visit www.bluecollaru.com, or call 925.354.0277.