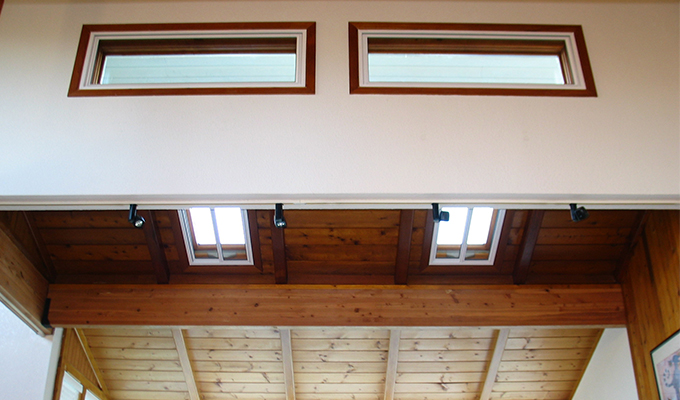 When a commercial contractor in Reno, Nevada, who specializes in commercial renovation projects set out to solve an external noise problem for his customer, he discovered a cure that unexpectedly provided the added benefits of significant energy savings and increased comfort. This was achieved quickly without costly window replacement by simply adding a second insulative window. His customer was thrilled with the results.

The approach can not only prevent loud external noise like street traffic from penetrating windows into the building—it can stop up to 95% of outside noise—but also can cut costly energy bills essentially in half.

In the case of a Nevada commercial contractor’s customer, the main concern was intrusive street noise, so getting better energy efficiency and comfort was a happy surprise.

“The building is located in the middle of a downtown casino and hotel district that is extremely busy with traffic and special events, and really needed soundproofing,” says the customer, who owns an approximately 70-year-old brick structure with old fashioned wood framed windows. “Before these windows were added to our existing windows, you could easily hear the conversation of every couple walking down the street, every car with a premium sound system sounded like it was in the building with us, and special events were a nuisance.”

While replacement windows were an option, the contractor realized that such windows are not really designed to reduce noise, and the vast majority of exterior noise enters through windows, not walls. The problem with a typical dual pane window is that the dual panes act like a drum and reverberate in response to external noise vibrations. The result is that the noise as sound vibrations transfers right through the panes. On top of this, the seals of most dual pane windows degrade within a few years, which allows even more outside noise to pass through.

Instead, the contractor turned to Soundproof Windows, a national manufacturer of window soundproofing and energy efficiency products, which specializes in adding a “second insulative window” that can be installed easily in front of the existing window. The product is designed specifically to match and function like the original window, no matter its design or whether it opens or closes, and can be installed in hours without construction. The company also offers a “second sliding patio door” that follows the same principle.

Next, air space of 2-4 inches between the existing window and the soundproof window also significantly improves noise reduction because it isolates the window frame from external sound vibrations.

The soundproofing proved effective for the Nevada building owner. “Now, we hardly even know there is ever a car, person or event outside,” he says.

The same practice has an extra benefit that has helped to minimize high energy bills in the building owner’s Reno, Nevada location, where seasonal temperature extremes typically range from the low 20s to mid-90s F°.

The approach adds an inner insulating window to existing windows, and a “second sliding patio door” that can be installed inside or outside of the existing door. This can reduce heat loss by 77% or more for single paned windows, and home heating/cooling bills by up to 50%, while stopping air infiltration for further energy savings and greater comfort.

After installation, his building was tested for air leakage. Part of the test used a fog machine situated inside the kitchen where an energy efficient second insulative window was added. With only the original window shut and the fog machine running, testing clearly showed the presence of air leaks.

When the interior energy efficient second window was closed and the fog machine run, none of the fog generated from the machine could be seen escaping outside his building. This indicated that adding the second insulative window had stopped the air leakage.

In tracking his fuel consumption records on his oil furnace before and after installing the second energy efficient insulative windows, the results over two years surprised him.

According to calculations based on his records, this resulted in 49.7% savings on his energy bills, as well as a 54.5% decrease in fuel consumption over that same time period.

“Not only did I consume less fuel and use less energy, but … I filled up approximately every two months as opposed to every month,” he adds.

Besides the soundproofing and energy savings, the building owner also realized a significant increase in comfort for his tenants with the addition of the second insulative windows.

“After adding the energy efficient windows, our energy bill has been cut in half. Even more important to me than the energy savings and soundproofing, was that the comfort level inside my building changed from being very uncomfortable to amazingly relaxing and peaceful,” he concludes.

For commercial contractors seeking a solution for their customers, the quick addition of second insulative windows can not only bring some needed quiet, but also energy savings and comfort.