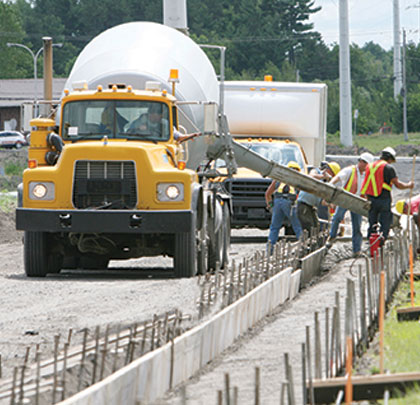 What do a large Texas oil refinery and construction subcontractor have in common? Both may rely upon the use of contingent workers to expand and contract their workforce due to economic and demand factors. Now, after some high-profile catastrophes at refineries and other worksites that heavily rely upon contingent workers, a call has gone out to the Occupational Safety and Health Administration (OSHA) to crack down on second-class safety programs that fail to adequate protect these short-term, temporary workers.
In January 2013, the Center for Progressive Reform (CPR), a non-profit research and educational organization dedicated to protecting health, safety, and the environment through analysis and commentary on cutting edge issues, released its report, “At the Company’s Mercy: Protecting Contingent Workers from Unsafe Working Conditions.” The full report can be accessed, no charge, at: www.progressivereform.org/articles/Contingent_Workers_1301.pdf.
CONTINGENT WORKERS
Contingent work, because of its flexible nature, is hard to define and will vary from industry to industry. Frankly, no one claims to have a good fix on the number of contingent workers in the U.S., but most agree that the number has been growing since the U.S. economy hit hard times.
Sometimes the contingent worker relationship takes the form of a “tripartite” arrangement, between the primary employer, the firm that places the worker, and the worker himself. In these situations, there is no express or implied contract to work for a specified period—the worker is there “as needed” and is often paid by the temporary agency, not by the direct employer. This means that the worker is not given any benefits that are bestowed upon permanent employees, such as paid vacation or sick leave, or medical coverage, and is often left out of any workers’ compensation coverage in the event he is injured on the job. On the flip side, however, because there is no workers’ compensation coverage, the employer faces possible tort litigation for personal injury or wrongful death, the costs of which can far exceed any settlements and payments that would be due under workers’ compensation insurance programs.
DAY LABORERS
In the construction industry, the contingent workers are often “day laborers” rather than coming from a temporary agency. Nearly all construction-sector contingent workers are young men, mostly Hispanic or Latino. The study notes that these workers often perform the most dangerous jobs, such as working as general laborers, painters, and roofers, in positions that have risk exposures involving musculoskeletal injuries, falls from roofs, and scaffolds, working in proximity to traffic, off-road mobile equipment, and paving machinery, and injuries from power tools.
The contingent worker safety issue presents the question: “Just how accountable is an employer to an employee if the employee is only working for one day?” In OSHA’s eyes, under its Multi-Employer Worksite Doctrine, the supervising employer is fully accountable and it can be expected that this report may prompt OSHA to crack down on employers who think they can evade their responsibility to oversee safe work practices simply because the laborers are there for a short time or come to them from a parking lot congregation area or through an agency.
The CPR report indicates that 28 percent of construction workers are now employed on a “contingent” basis. Independent contractors (or those improperly characterized as such) make up nearly 80 percent of the contingent construction workforce. Bureau of Labor Statistics data show that these contingent workers earn about 33-percent less per hour than the average for the industry, and often only a few days of work are available per week. In addition, just 15 percent of contingent workers in construction had health insurance, compared to 58 percent of wage-and-salary workers in the sector.
Nineteen percent of contingent workers in construction surveyed reported that they suffered work-related injuries that required medical treatment—well above the 6-percent rate for all construction workers. Insufficient training is a major reason for high injury and fatality rates among contingent workers. In addition, often these contingent workers are not furnished with appropriate personal protective equipment, which OSHA requires employers to provide at no expense to the worker.
REFORM OF FEDERAL LAWS
The CPR report calls for reform of federal laws affecting safety, OSHA regulations and enforcement policies to ensure that such contingent workers are protected from workplace hazards. CPR recommended that OSHA establish rules to ensure that employers provide all workers with a minimum level of job task training and site-specific hazard training, provide appropriate PPE, and inform workers about the methods for reporting hazards and injuries. It also called on Congress to amend the OSH Act to include a “private-right-of-action,” which would permit any person (employee or contingent workers included) to file suit against an employer who violates any provisions of the OSH Act or its implementing regulations.
CPR also advocated for OSHA to conduct enforcement “sweeps” of industries where it finds contingent workers are prevalent, issuing enhanced penalties against employers with large numbers of contingent workers who fail to make special provision for inclusion of those workers within the companies’ safety and health programs. OSHA was also urged to improve its foreign language capabilities so its enforcement officers can converse freely (and privately) with non-English speaking contingent workers concerning working conditions and worker rights.
The bottom line when it comes to safety: all workers—regardless of status—must be protected against occupational safety and health risks (e.g., noise, ergonomic factors, wood dust), be issued employer-paid PPE, and have appropriate training. OSHA will view the company as the controlling, or host, employer, and therefore such employers will be cited if a worker is exposed to a hazard, regardless of who signs the worker’s paycheck. ■
About The Author:
Adele L. Abrams, Esq., CMSP, is an attorney and safety professional who is president of the Law Office of Adele L. Abrams PC, a ten-attorney firm that represents employers in OSHA and MSHA matters nationwide. The firm also provides occupational safety and health consultation, training, and auditing services. For more information, visit www.safety-law.com.
_________________________________________________________________________
Modern Contractor Solutions, March 2013
Did you enjoy this article?
Subscribe to the FREE Digital Edition of Modern Contractor Solutions magazine.