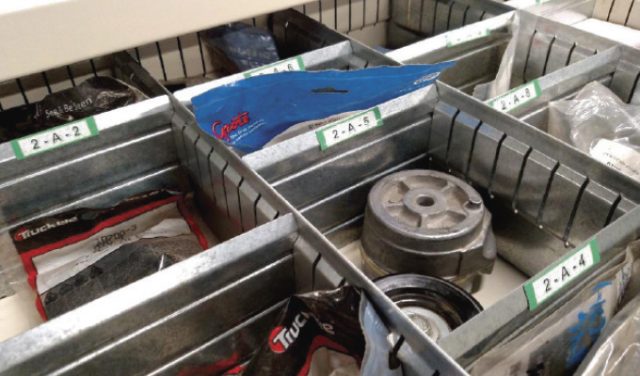 In part one of this article, Superior Paving Corp. made the decision to improve its asset management and inventory control process. In part two, Preston Ingalls, president of TBR Strategies, takes Superior Paving through the cleanup process of its parts room.

Before Ingalls arrived on the scene, the parts room was open to all employees. And with no plan to catalogue and organize the parts in place, the pilfering of parts would be easy for would-be thieves.

“Having organized our inventory the way that we have, we’ve also been able to make the room a contained and secured space,” Miller says, adding that only fewer than a dozen employees have access to the room.

With Ingalls’ training using the TPR program, Miller began the laborious process of surveying the company’s inventory and ridding the parts room of obsolete or deteriorated inventory. That, of course, translated into not just more physical space in the parts room, but money saved, too. In fact, Ingalls, Miller, and Sine all say they were surprised at the amount of inventory wasted over time.

“We trained Rocky on the program, and he made decisions on getting rid of a lot of stuff. The cost of maintaining a storeroom is 25 to 30 percent of the total value,” Ingalls explains. “If you have $1 million worth of parts, it will cost you $250,000 a year to run it, including pilferage, losses, personnel, taxes, everything as far as the cost to have and to hold. It is called carrying or holding cost. If you have a lot of stuff that just doesn’t have value, you’re paying every year to shoulder that burden. It’s like paying the interest on your credit cards. You never see it, but it accumulates.”

Ingalls continues: “So, that was one of the things we did—start putting KPIs in there. We started tracking things so they can start monitoring their metrics. We tracked accuracy levels and we also examined service levels, which are the hit rates when they go to get spare parts, and we looked at the turn rates measuring stock turnover.”

Sweeping change at any company is also accompanied by a need to change the thinking, attitudes, and deeply rooted habits of its employees. As it became acclimated to TPR and greater levels of organization and declining amounts of waste, Superior Paving was no exception.

“We started (training) in the shop first, and in the shop, we went through probably a year or a year and a half of changing the culture,” Sine says. “Everyone was concerned about their jobs because everything was changing. This was reorganizing, regrouping, getting more bang for our buck. It was just going to look different than it was before. Everyone got engaged within the shop. Then it spread out to the operators of the equipment to get operator care going. Now, we’re at the point where it’s starting to grab on. We’ve gravitated through the rest of the company.”

Eventually, all three men say, the company saw its maintenance costs slowly declining. Even more than that, they saw a decrease in downtime, thanks to a new habit of tracking parts history and projected usage. That downtime, Miller and Sine realized, had been costing them precious money.

Now that TBR had given Superior Paving’s leadership the tools they needed to minimize waste and maximize their use of time, inventory management, and physical space, the company has positioned itself for greater future success. A message in the company’s employee newsletter acknowledged the need for such practices to become more commonplace.

“The objective is to buy and keep items ‘Just in Time’ as opposed to ‘Just in Case,’” Miller wrote in a column published in the April/May company newsletter. “Keeping unneeded items in stock is not only a waste but it ties up company funds that could otherwise be used somewhere else that is much more important at the time. At Superior Paving, we strive to keep what we need, when we need it. It is a delicate balance and we are always evolving in our processes.”

Vendors with whom the company works have taken notice of this cultural and operational shift as well, Sine notes.

“We’ve invited our vendors in, and we’re spreading (ideas and practices taught in TPR) to our vendors,” Sine says. “It’s very helpful and useful, and the vendors are excited because they see we’re taking care of our equipment. When it comes down to warranties, we get a whole lot better pricing because they realize they’re doing operator care and maintaining our equipment.”

Miller says he is excited to encourage other companies and vendors who might wish to follow suit in Superior Paving’s reorganization journey.

“Once they see how organized and clean the parts room is, they tell us it’s the best and cleanest they’ve ever seen,” Miller says. “We tell them, ‘You can do it. You just have to get started. It’s made a big difference for us.’”

Take a closer look at your operations to identify areas for improvement and take the necessary steps to better the process, become more efficient, and boost your bottom line

Corey Crable is a freelance writer and editor living in Kansas City. A former journalism professor, he has worked as a reporter, copy editor, and designer for multiple print and online publications based in the Midwest. Contact him at corey.crable@gmail.com. 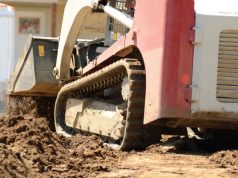 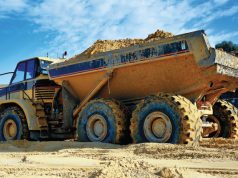 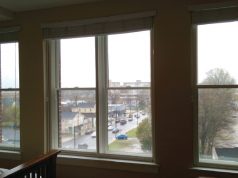