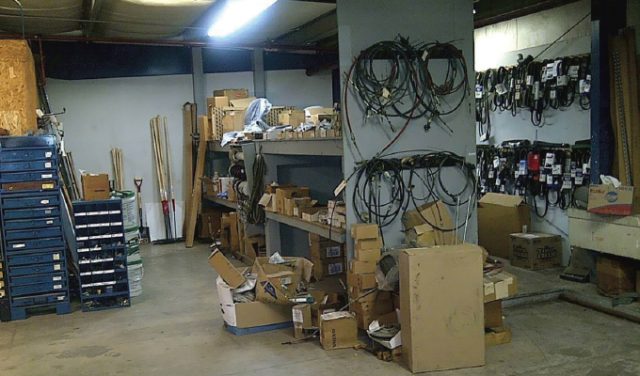 Superior Paving Corp. has stood as an industry leader for years—since its founding in 1976, to be exact—but for years, its asset management and inventory control process were on unsteady ground. It had been that way for a long time, in fact, and something needed to change.

“They had no idea what they had, (inventory) wasn’t logged anywhere,” says Preston Ingalls, president and CEO of TBR Strategies LLC. “There was no parts catalog—no listing.”

As a result of a referral from peers, Superior Paving’s executives and managers called upon the expertise of Ingalls and his team at TBR Strategies to help get their storeroom in order. This is part of their overall Total Process Reliability efforts.

The flagship program of TBR Strategies’ services as a consultant in asset management is called TPR (Total Process Reliability). The TPR program taps into the Japanese concept of Total Productive Maintenance. The TPR process includes five phases, from diagnosing a client’s asset management needs to post-program assessment: Conducting a Gap Analysis; Developing a Support Network; Development of a Plan; Education, Training, and Execution of the Plan; and Evaluation through KPIs and Audits.

When Ingalls and his team arrived at the site of their client’s business, Superior Paving’s woes became immediately clear—machine parts sat haphazardly on shelves, unmarked and uncategorized; inventory control was virtually nonexistent. And money was being wasted—far too much, by what Ingalls could see.

“When we started working with (Superior), they were spending an astronomical amount as a percent of their asset value,” Ingalls says. “They just didn’t understand the true cost or burden to the organization.”

The storeroom was open, vulnerable, and available to all employees, which is a major problem where security is concerned.

“They had no inventory control. They had an open storeroom,” Ingalls recalls. “You’ll never have true accuracy if it is open to personnel. It was up on the mezzanine, which means it was difficult to get parts up and down the stairs. They had lots of parts just sitting on the shelves gathering dust, they were undocumented, and they didn’t really know which ones to get rid of, so they kept lots of stuff. Because they didn’t know what they had, they would often have to place emergency orders for items that were already there.”

Not getting rid of obsolete parts translates into a lot of waste, Ingalls explains, which was another issue with which Superior dealt.

“They would have duplicates of things, and they had a lot of stuff that had a shelf life, like anything with rubber. Over time, it deteriorates. What we had to do was go through and do a large purge.”

Ingalls and his team sat down with management at Superior Paving to explain the problems they had documented and the best way to tackle these issues in order to make the storeroom a place where everything was neatly organized, cataloged, and supervised. Ingalls recommended they formalize their storeroom by implementing an MRO (Maintenance, Repair, and Operations) supplies management program—a disciplined approach of managing inventory.

Ingalls jumped in and trained Superior Paving’s leaders, first establishing a set of KPIs (key performance indicators) for the business—a set of measurable objectives on which a business can track its successes. One of the most important KPIs—tracking money spent, and, by extension, waste accumulated—was key. According to Ralph Sine, equipment manager, “Being able to track that waste opened the eyes of Superior’s management to practices they simply had to change.”

“When a business decides to restructure its asset management, some of the biggest contributors to their success is establishing a baseline for data to gather the age, hours, and bad actors of the equipment,” Sine states. “And organized inventory management has been important to asset management by providing us with information on obsolesce. We had three times the value of our current inventory before we got started on TPR.”

Ingalls assisted staff in discarding wasted and obsolete parts, as well as marking, cataloguing, and organizing what remained. Though a lengthy endeavor, it was one that proved necessary and helpful to the company and its employees.

Equipment Inventory Specialist Rocky Miller says the organization of the parts room has made it possible for employees to quickly find needed parts, as well as a place to sign out those parts so others know who has removed them and where they have gone. A site map details the room itself, while clearly marked shelves and drawers make ease of finding parts a snap.

“It’s all possible when the owners and the management get behind it and stick with it. That’s what drives it home,” Miller says. “Without management’s support, you won’t make it.”

Corey Crable is a freelance writer and editor living in Kansas City. A former journalism professor, he has worked as a reporter, copy editor, and designer for multiple print and online publications based in the Midwest. Contact him at corey.crable@gmail.com. 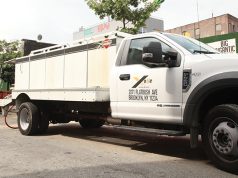 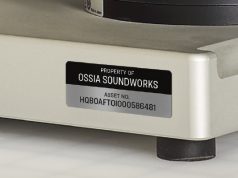 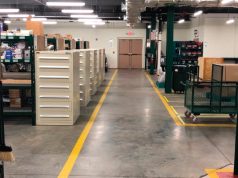