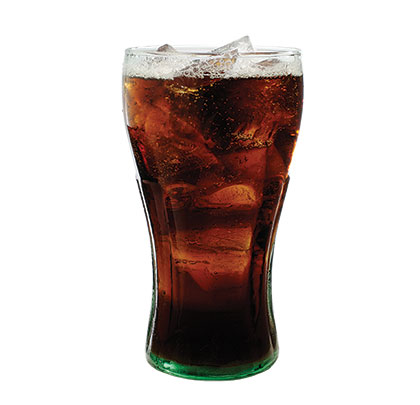 Possible link between sweetened drinks and depression
Drinking sweetened beverages—either sugar-sweetened or diet—may be linked with a slightly higher depression risk, while drinking coffee may slightly lower the risk. That is the finding from a new study presented in March at the 65th annual meeting of the American Academy of Neurology in San Diego.
SWEETENED DRINKS
In the study, people who drank sweetened beverages, including regular and diet sodas, fruit punch, and sweetened iced tea, had a higher risk for depression. Researchers say the findings suggest that cutting down on sweetened drinks or replacing them entirely with non-sweetened beverages may help lower depression risk. But an expert who reviewed the findings says it failed to convince him that drinking sweetened beverages raises depression risk.
“There is much more evidence that people who are depressed crave sweet things than there is to suggest that sweetened beverages cause depression,” says neurologist Kenneth M. Heilman, MD, a professor of neurology at the University of Florida College of Medicine in Gainesville.
The study included close to 264,000 people over the age of 50 enrolled in an AARP diet and health study. When they entered the study, the participants were asked about their beverage-drinking habits as part of a detailed dietary survey. About 10 years later, they were asked if they had been diagnosed with depression over the previous decade. The analysis revealed that people who drank more than 4 cans or cups of diet soda a day had about a 30-percent higher risk of developing depression over the follow-up period than those who drank none. Those who drank regular soda had a 22-percent higher risk. Coffee drinking, however, was associated with a 10-percent reduction in depression risk. Drinking diet sweetened-beverages appeared to be associated with a slightly higher depression risk overall than drinking sugar-sweetened beverages.
MORE RESEARCH NEEDED
The researchers noted that more research is needed to confirm the findings. They warn that people with depression should continue to take all medications prescribed by their doctors.
“While our findings are preliminary, and the underlying biological mechanisms are not known, they are intriguing and consistent with a small but growing body of evidence suggesting that artificially sweetened beverages may be associated with poor health  outcomes,” says researcher Honglei Chen, MD, PhD, of the National Institutes of Health in Research Triangle, North Carolina.
Heilman, who is a member of the American Academy of Neurology, says the fact that carbonated and non-carbonated sweetened beverages appeared to increase depression risk, as did drinks sweetened with sugar and non-calorie sweeteners, leads him to question the findings. He notes that there is evidence to suggest that people who are depressed or have a higher risk for depression seek out sweet foods and drinks as a way of self-soothing.
“The main point is that you can never show cause and effect in a study like this one,” he says. “By telling people to cut down on sugar-sweetened drinks you may be reducing depression risk or having no impact or having the opposite effect and making depression worse.”
The study was supported by the Intramural Research Programs of National Institutes of Health, the National Institute of Environmental Health Sciences, and the National Cancer Institute. ■
Editor’s Note: These findings were presented at a medical conference and should be considered preliminary as they have not yet undergone the “peer review” process, in which outside experts scrutinize the data prior to publication in a medical journal. Written by Salynn Boyles and reviewed by Laura J. Martin, MD.
For More Information:
For more information on health issues and resources to make better choices regarding diet, visit www.webmd.com.
_________________________________________________________________________
Modern Contractor Solutions, May 2013
Did you enjoy this article?
Subscribe to the FREE Digital Edition of Modern Contractor Solutions magazine.