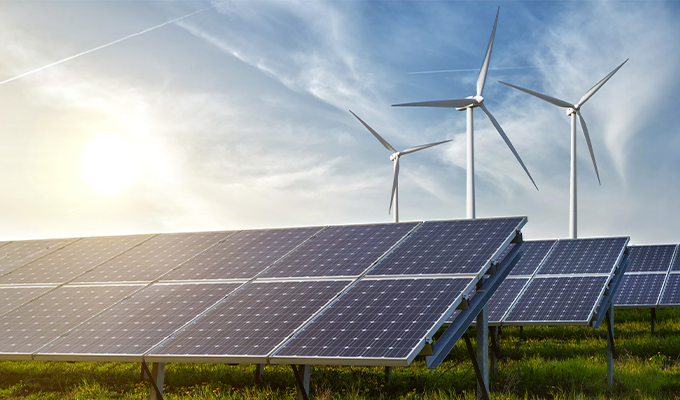 It takes a lot of energy, in various forms, to create a new construction project from the ground up. The majority of the carbon emissions in the building industry come from the structures themselves and their operational costs. Still, around 11% of the world’s carbon emissions come directly from the construction industry. One way to reduce these emissions is to switch to renewable energy. Still, until recently, the sort of portable green energy that would be necessary to power a construction site didn’t exist.

How are renewable energy resources set to grow on construction sites in 2022 and beyond?

Solar energy is the most recognizable renewable energy source. Still, for most people, its mention conjures images of rooftop panels or massive solar farms stretching as far as the eye can see. These images aren’t far from the truth. Still, some more portable options could prove viable for industries like construction that don’t have the space, or often the permission, to create a more permanent solar installation.

Automotive manufacturer Volvo, for example, has been playing with solar-powered vehicles since 2013, but in 2020, the company unveiled a solar-powered excavator for use in construction. It would only operate in parts of the world that get enough usable solar hours, but these solar-powered vehicles could replace more traditional diesel-powered options in these spaces.

Second only to solar in both recognition and popularity is wind power. As of 2021, wind farms can generate upwards of 743 GW of electricity with nothing more than the power of the wind. While traditional wind turbines might not seem like the best option for construction sites, there are smaller options that could help to reduce the site’s reliance on diesel generators and fossil fuels.

The best way to access wind power for construction companies is to partner with local wind farms for the electricity they need. Wind turbines need three-quarters of an acre per megawatt of generation capacity in the US. That sort of large-scale installation isn’t feasible for most construction sites unless the turbine becomes a permanent property feature.

Geothermal energy doesn’t traditionally generate power for the home or construction site. Instead, it’s an alternative for heating and cooling the new property. Installing pipes beneath the ground allows the system to utilize the fact that the underground temperature is constantly between 45 and 75 degrees Fahrenheit. The system can heat or cool the property by pumping either water or refrigerant through those pipes.

In addition to reducing the property’s carbon footprint, geothermal heating and cooling end up being a greener alternative. Plus, the homeowner can enjoy massive savings between 30% and 60% on their annual cooling costs, offering more than double the ROI for the cost of installation.

Hydrogen fuel cells are quickly becoming a popular choice for power in different situations. Hydrogen by itself is the most abundant element in the universe, and when it’s burned in a fuel cell, it creates water and oxygen as it’s only exhaust. Companies like Hyundai are developing fuel cell-powered excavators and hope to be ready for the market in 12 months. Other manufacturers are looking at creating vehicles, generators, and other power sources that rely on hydrogen fuel cells rather than fossil fuels.

2022 is shaping up to be a good year for hydrogen in general. Electrolyzyer sales will likely quadruple this year as countries actively explore potential applications for this technology. The biggest challenge now lies in how companies create their hydrogen. Traditionally, the hydrogen used in fuel cells is a captured byproduct of burning natural gas, coal or other fossil fuels, making it gray rather than green. Moving away from this form of hydrogen capture can help create a fantastic renewable option for the construction industry moving forward.

Jane Marsh is an environmental and green technology writer who covers topics in sustainable construction and green building materials. She also works as the editor-in-chief of Environment.co.