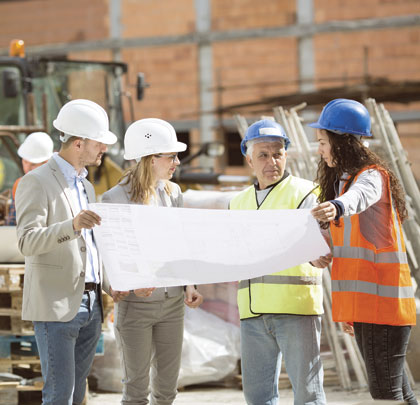 Construction projects frequently encounter delays to the work. A delay which is compensable to a contractor is one that was not anticipated when the contract was made and is due to some inaction or action for which the owner or those working under him is responsible. In such a situation, the contractor can recover money damages from the owner in an amount equal to the increased costs incurred as a result of the delay. However, a contractor should not forget about the time impact to its schedule resulting from the delay. For instance, the contractor is entitled to a time extension for completion of its contract work as an excusable delay.

Recovery by a contractor of damages for delays is complex enough as is, but what happens when the contractor finishes on time under the contract but claims that it could have, in fact, finished early but for delays to its work? In this instance, can the contractor recover for the increased costs of performance between the planned early finish and the actual completion (on time contractually)? Actually, the answer is yes … under the right circumstances.

DELAYED BY STATE
Another case is Grow Constr. Co. v. State, 56 A.D.2d 95, 391 N.Y.S.2d 726 (1977), which involved a contractor who had planned to finish a bridge and highway construction project early. Instead, the project was delayed by state interference. The contractor sued the state for delay damages even though it was able to complete work by the contract date. The state argued that the contractor was not entitled to claim delay damages because the job was completed before the completion date stated in the contract. The court rejected this argument, reasoning that the contractor had a right to perform its work free from interference from the state, and to finish early if possible.

EVIDENCE NEEDED
When the contractor is asserting a delay claim for early completion, the record must contain concrete evidence of the contractor’s intent. This would include documentation such as a bid, estimate, or any other contemporaneous documentation of its planned early completion. Also, notice to the owner, while not required, may be sufficient evidence of intent. See Jackson Construction v. United States, 62 Fed. Cl. (Fed. Cl. 2004). As this case discussed, even if a contractor can demonstrate its intent to finish early, it must still prove that it could have and would have finished early. The contractor also must prove that it had the technical capacity to complete the job ahead of schedule, had a viable work schedule to do so, and would have achieved early completion if not for the owner-caused delays. In Jackson, the contractor failed to meet its burden of proof. The contractor failed to prove the exact number of days of delay to the project’s critical path and failed to prove the necessary elements of an early completion claim.

About the Author:
Christopher S. Drewry is a partner with the law firm of Drewry Simmons Vornehm, LLP, in Indiana (www.dsvlaw.com). He focuses his practice on construction law and litigation, as well as labor and employment law and litigation. He is also a member of the Construction Law and Litigation Committee of the International Association of Defense Counsel. He can be reached at cdrewry@dsvlaw.com.