Workers are exposed to dangerous tasks in every construction job. It is part of the job, workers accept it, and do their best to mitigate risk. Most jobs, however, do not have the level of risk that workers encountered in a long-term railroad project in London.

Crossrail, also known as the Elizabeth Line, is expected to become fully operational in 2021. Construction started in 2009, and it includes a 73-mile rail line with new electric trains that will run up to 24 trains per hour in various directions. The trains will carry about 200 million passengers per year, and will help ease the city’s traffic woes. Nearly 1.3 million trips are made each day in the city, which has the dubious distinction of having Europe’s worst traffic congestion.

The idea of a rail line rolling through London for miles in many directions had been bandied about for decades. It was not until 2008 when the project finally received royal assent, and construction began in 2009.

The scope was extensive. It included boring railway tunnels, track installation, new platforms, powering through new overhead lines, and 41 stations, including 10 new ones. New platforms needed to be constructed, and time for scheduling and testing needed to be allotted. Approximately 10,000 workers were on the job at various times throughout the project, which included more than 40 worksites and 35 million work hours.

Throughout the entire process, worker safety was one of the priorities. “We believe that everybody should go home safely and in good health at the end of a working day,” Martin Brown, health and safety director for Crossrail, says in an interview with Global Railway Review. “Nothing is more important than that. We began by making safety our number one core value, rather than a priority. Crossrail has five central values, but safety was a fundamental concept that ran through everything.”

Despite the focus on safety, there were issues during the lengthy construction process. In 2014, a Crossrail worker was killed by a falling piece of concrete.

In 2019, workers demanded an investigation after people working at one of the stations said five colleagues died in their sleep in one 6-month period. Workers believed dust and oxygen levels in the underground construction site led to the deaths.

Also, in 2019, City A.M. reported Crossrail workers were involved in 50 incidents that were categorized as “high potential near misses.” The rate of near misses rose to a record high of 0.37 per 100,000 hours worked in July and August, nearly double the rate of just one year earlier.

“Statistics show that Crossrail is performing better than the average for the UK construction industry, but our aspirations are for world-class performance, and there is clearly more to do,” Crossrail says on its website.

Among the safety measures workers installed to help protect train crew members and engineers are LadderUp® Safety Posts from BILCO.

Workers installed 350 of the BILCO posts to provide easier, safer access to maintenance walkways. They were specified by Crossrail’s systemwide contractor, Alstom TSO Costain Joint Venture (ATC Systemwide). The specification process, managed by Construction & Rail Contractors McNealy Brown, focused on the requirement for durable yet functional access solutions that would consistently provide a safe and direct step-through on to the walkway, without impacting surrounding electrical services.

“When we first began researching potential access solutions for the Crossrail project’s central section, it became clear quite quickly that the BILCO LadderUp Safety Post was the only product available on the UK market that would fulfill our extensive list of requirements,” says Clive Burfoot, contract manager at McNealy Brown.

BILCO’s safety posts are frequently used to provide easier, safer ladder access through roof hatches, floor access doors, and manholes. Posts include a telescoping post that permanently mounts to the top two rungs of any fixed ladder. The solution enables users to enter or exit an opening in an upright and balanced position.

“The LadderUp Safety Posts will play an essential role in ensuring the central section of the Elizabeth Line continues to run at the highest standard, so it was crucial we specified access solutions that would facilitate the continued maintenance of the line, safely and efficiently,” says Vimesshen Ravindran, senior mechanical engineer at ATC Systemwide, the contractor that managed the installation process.

Through the early stages of the project, the construction timeline stayed relatively close to projections. Through the first half of 2018, tunnels had been established, track had been laid and power lines installed. A target to open in December 2018 seemed realistic.

In August 2018, however, construction slowed and it has never regained full steam. Various explanations were offered, and a lot of finger-pointing followed. In the past year, the COVID-19 pandemic has exacerbated the delays. In March 2020, all work was temporarily suspended on the project, and limited construction has occurred in the past year.

The cost of the project has swollen to €18.7 billion, nearly €4 billion more than initial estimates. Riders, and government officials, believe the project will be worth the wait. Testing and trial runs are now underway, and some of the new trains are even in operation.

“This is an incredibly important milestone for Crossrail to reach and puts us firmly on the journey to unlocking Trial Running in 2021,” says Mark Wild, chief executive for Crossrail. “We are doing everything possible to deliver the Elizabeth Line as safely and as quickly as we can, and we know that Londoners are relying on the capacity and connectivity the Elizabeth Line will bring.”

Thomas Renner writes on building, construction, engineering, and other trade industry topics for publications throughout the United States. 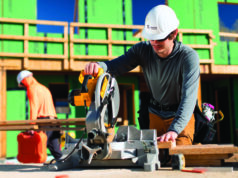 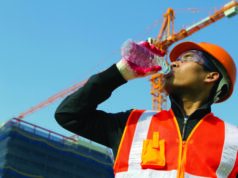 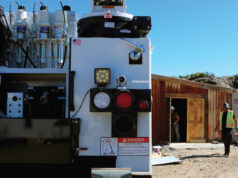