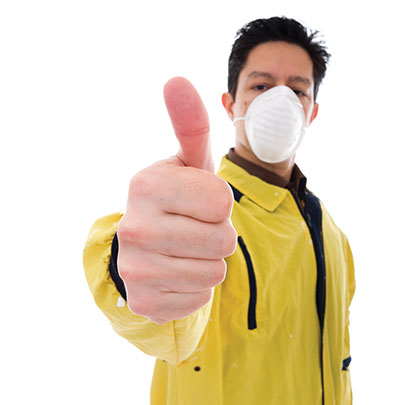 For more than two decades, the Occupational Safety and Health Administration (OSHA) has been thwarted in its desire to update the Permissible Exposure Limits (PELs) for air contaminants and other toxic chemicals to which workers can be exposed in the course of their duties. OSHA has enforceable air contaminant standards, of course. These are codified for general industry under 29 CFR Part 1910.1000 (covering substances including crystalline silica) and through substance-specific standards for substances including benzene, asbestos, lead, and hexavalent chromium.
These PELs are very outdated, having been largely adopted from the 1968 Threshold Limit Values (TLVs®) of the American Conference of Governmental Industrial Hygienists (ACGIH®). Some consensus standards from the American Standards Association were also adopted at that time, following OSH Act procedures under Section 6 of the statute. Comparable PELs were adopted for shipyards (29 CFR 1915.1000) and construction (29 CFR 1926.55). In the late 1980s, OSHA attempted a wholesale updating of over 400 PELs; predictably, litigation ensued and the US Court of Appeals threw out the entire rule. Since then, OSHA has been limited to enforcing the old 1960s limits … or has it?

Two events have brought to a head the issue of OSHA’s ability to use its powers under the “General Duty Clause” (Section 5(a)(1) of the OSH Act) to enforce more protective PELs. It is also important to understand that another agency plays a role in all this: the National Institute for Occupational Safety & Health (NIOSH), which is supposed to conduct research and inform OSHA rulemaking and enforcement and to inform the regulated community of “best practices” to protect worker safety and health. Among the activities of NIOSH is establishment of “Recommended Exposure Limits” (RELs) and publication of “criteria documents” evaluating health hazards and recommending appropriate courses of action (including limitations on worker exposure to air toxics).

As OSHA grappled with the outdated PELs problem—not to mention the complete absence of PELs for some substances (e.g., nanomaterials)—it seized upon a few solutions. One was working through alliances with the industry to establish voluntary best practices that could be implemented by employers or recommended through trade associations to their members. Another action was implemented in recent months; publishing two tables on the OSHA website:

While the OSHA website emphasizes that the codified PELs remain in effect, it recommends that employers consider using the alternative occupational exposure limits because the agency believes that exposures above some of these alternative occupational exposure limits may be hazardous to workers, even when the exposure levels are in compliance with the relevant PELs. Of course, Cal/OSHA can enforce the more stringent PELs that it has adopted, as can other “state plan states” that manage their own OSHA enforcement if they deviate from OSHA PELs by adopting limits that are more protective.

OSHA should be commended in raising the level of awareness about chemical safety, but the actions listed above created some paranoia about whether this was a first step in enforcing the lower exposure limits or requiring chemical substitution without benefit of a formal OSHA rulemaking, via the General Duty Clause (GDC). That section requires employers to provide a workplace free from “recognized hazards” that could cause death or serious bodily harm to workers. The issue is whether OSHA could impute knowledge of “recognized hazards” to employers who visit the website or who have allied with OSHA (or belong to an association that has done so and established “best practices” for chemical protection).
A pending case demonstrates that this paranoia is perhaps justified. In late 2013, OSHA put out a press release announcing that it had cited Fiberdome Inc. (a fiberglass product manufacturer) under the GDC for exposing its workers to styrene at levels that were below the enforceable OSHA PEL, but were above the NIOSH REL for the substance. The citation is still in litigation.
The legal issue is that normally OSHA is limited to enforcing the exposure limit that it has adopted (the PEL), although the NIOSH RELs can be considered guidance on best practices. Here, OSHA has done an end-run around formal rulemaking … in part by claiming that its alliance with the employer’s industry and its recognition of the NIOSH limit made Fiberdome fair game for heightened enforcement even while being technically compliant with the OSHA rule. OSHA has justified its action by responding that workers were getting sick from styrene exposure at the legal limits.
There is an OSHA enforcement memo from January 2003, in which OSHA states that the agency cannot enforce a stricter requirement than that in a formal limit unless the “employer knows” that the standard is inadequate to protect workers. There is also a 1987 General Dynamics case which agreed with this proposition, although OSHA had largely refrained from such enforcement since then. Whether it will become “open season” for enforcement of the recommended exposure limits included in OSHA’s new charts may depend in large measure on the outcome of the Fiberdome case. It is clear for now that OSHA can claim (for GDC citation purposes) that employers now have awareness of the more protective exposure limits by virtue of the information on its website or recommendations made by industry associations.

About the Author Adele L. Abrams, Esq., CMSP, is an attorney and safety professional who is president of the Law Office of Adele L. Abrams PC, a ten-attorney firm that represents employees in OSHA and MSHA matters nationwide. The firm also provides occupational safety and health consultation, training, and auditing services. For more information, visit www.safety-law.com.