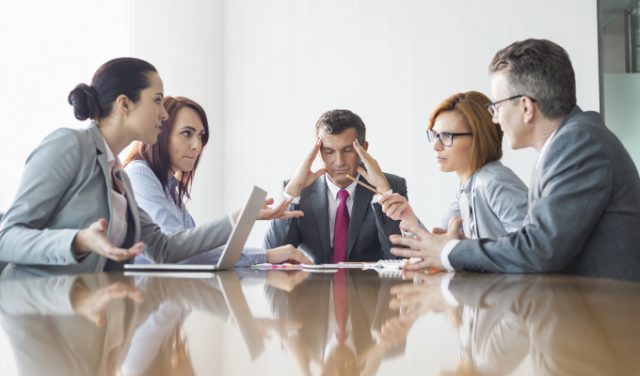 “Hey, how you doing?” engineer Joseph Scott asked coworker and fellow engineer DeWayne Craddock in the restroom of the Virginia Beach Municipal Center where they both worked.

“Any plans for the weekend?” Scott asks.

“Well, have a good day,” Scott says to Craddock.

“Same to you,” Craddock responds.

While this may sound like a mundane conversation everyone has had countless times with coworkers, this one was very different. Scott had no way of knowing that about 5 minutes after this May 31, 2019, conversation ended, Craddock would shoot and kill 12 people, including 11 coworkers while injuring four others in the Virginia Beach Municipal Center.

This is not an isolated incident. The risk of workplace violence is real and something of which all employers need to be aware. Employers must take the proper precautions to mitigate that risk.

According to the National Safety Council, in 2017, there were 18,400 workplace assaults, in addition to 458 fatalities due to workplace violence. Among the impacts of workplace violence on employers are the potential penalties from OSHA.

Unlike other industries where OSHA has promulgated standards, it has not done the same with respect to workplace violence. Instead, OSHA polices workplace violence through its General Duty Clause. Under Section 5(a)(1) of the OSH Act of 1970, employers must provide a workplace free from recognized hazards that are causing or are likely to cause death or serious physical harm to its employees.

Failing to comply with the General Duty Clause is dangerous for employers. In 2017, OSHA proposed fining a mental health care company more than $207,000 for failing to abate workplace violence. The fine followed a 2016 settlement between OSHA and the company regarding alleged serious safety and health violations. The settlement agreement outlined a workplace violence prevention program. After failing to provide documentation that it had implemented a workplace violence prevention program, OSHA opened up a follow-up inspection and found the company failed to comply with multiple terms of the settlement. OSHA’s regional administrator in Boston, Galen Bianton, says, “Our inspectors found that employees … continued to be exposed to incidents of workplace violence that could have been greatly reduced had the employer fully implemented the settlement agreement.”

Between the recent high-profile workplace violence attacks, the Review Commission’s affirmation that a violation of the General Duty Clause does give rise to OSHA violations and the large fines OSHA can levy, employers are on notice that they need to actively take steps to abate the risk of workplace violence or face serious consequences. In January 2017, OSHA issued a directive providing guidance on how employers can potentially reduce acts of workplace violence. The directive includes both suggested engineering controls and administrative controls. The engineering controls include, but are not limited to the following:

The time to take action and prepare for the continuing risk of workplace violence is now, before the commission of any future acts. Employers need to be proactive and not reactive. The number one focus is employee safety—a relevant consideration as well is that OSHA may seek to punish employers who fail to recognize the risk of workplace violence as a potential workplace hazard, such as a contractor might appreciate the danger of working at heights. Moreover, employers must engage in the right steps to mitigate, if not eliminate, that risk.

Justin Kaplan is a member of Goldberg Segalla’s national OSHA and Worksite Safety Practice Group. Justin focuses his practice on the healthcare industry, construction, and litigating product liability matters and complex commercial disputes. He can be reached at jkaplan@goldbergsegalla.com.