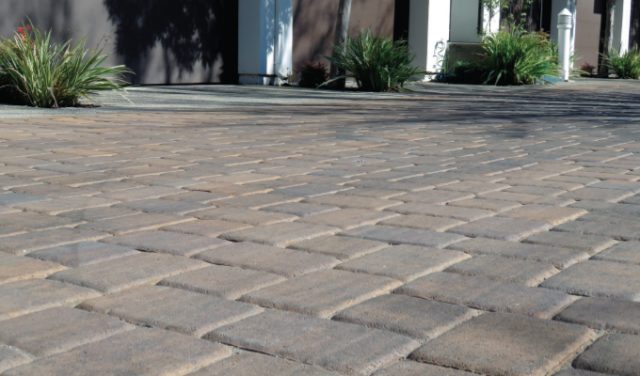 Built along the edges of several canals in Foster City, California, the Island J complex has been compared to Santorini, Greece, for its flat roofs and linear patterns, as well as its quaint cobblestone streets. When the city was developed 60 years ago, the architect insisted on having design freedom over what is now the Island J complex, making it unique from surrounding neighborhoods. However, over time, its once beautiful streets have been through numerous repair projects aimed at replacing broken cobblestones at the lowest possible cost.

The result was a patchwork of stone, concrete, and asphalt that not only detracted from Island J’s overall aesthetic and equity, but also created flooding and safety concerns for its residents. The Island J Homeowner’s Association (HOA) recently underwent a $2 million project to replace all 100,000 square feet of its roadways with Belgard’s Cambridge Cobble in Tuscana color. As a result, the community has seen the return of its timeless aesthetic and an increase in overall equity.

“Residents have always asked if we could return to pavers instead of asphalt, but all previous estimates we received just put that dream out of reach,” explains Bart Besseling, Island J HOA president. “So, we saved for 10 years to have enough money to replace the roads with asphalt and then spoke with several contractors.”

Among the companies Besseling contacted was Modern Paving; the company’s vice president, David Tetrault, explains they didn’t work on asphalt projects. However, after discussing the parameters of the project he provided an estimate for using pavers. “After talking to him, we were surprised and thrilled to find out we actually could afford to restore the beautiful look of pavers to the community for less than we’d saved for the asphalt,” says Besseling.

The commercial-thickness (80mm) pavers are a special order, manufactured in Belgard’s facility in nearby Stockton, California. The fact that Belgard could deliver them within 4 to 6 weeks, more quickly than other companies who bid on the project, was also a key selling feature. “We could start work within the desired timeframe because we didn’t have to wait for material,” says Tetrault.

Foster City, California, was an engineering feat, developed—or, more literally, was filled, formed, and constructed—in 1958. The city’s concept was considered so unique and futuristic at the time that models and artists’ renderings of it were displayed at the Modern Art Museum in San Francisco. Developer T. Jack Foster and his sons purchased 4 square-miles of land known as Brewer’s Island and set out to build a new city from scratch over the mud flats of the San Francisco Bay. The island was situated at mean sea level, so surface elevation needed to be raised 4 to 5 feet. To accomplish this, 14 million cubic yards of sand was pumped from San Francisco Bay onto Brewer’s Island over the course of 6 years (24 hours a day, 7 days a week). A central drainage basin from which water could be pumped back into the Bay was also created. This now serves as Foster City’s beautiful lagoon, a centerpiece on which residents and visitors alike enjoy numerous recreational activities.

As the city’s original streets eroded and were replaced with large, flat asphalt surfaces, the struggle against water resurfaced. After significant rainfall, several homes in the community would have large puddles in the front yard for weeks until the ground could soak it back up. “The streets had become bumpy over time, so this new project gave us a chance to level everything out and also correct the slopes for better drainage,” says Besseling.

The streets of Island J were in fact long overdue for maintenance and repair; previous HOA boards had neglected to do reserve studies to schedule and pay for it. “When this board came in during the early 2000s, we found we were $5 million dollars behind in maintenance for all components,” explains Besseling. “We spent several years mitigating other issues, and the streets are the last of these overdue projects we’re tackling.”

Tetrault and his team provided a very comprehensive presentation for the HOA that laid out how they would install the paver system. Besseling notes, “The quality of their work and work ethic of their personnel was very clear from that presentation and we were happy to move forward with them.”

The HOA chose Belgard’s Cambridge Cobble in Tuscana color because it complemented the Islands’ bright color scheme of white, blue, and yellow properties. “The homes are the equity, so we didn’t want to draw attention away from them, but rather to blend nicely with them,” says Besseling.

Although choosing the design aesthetic for the roadways was easy enough, there were many structural considerations. Tetrault recommends using geotextile fabric between the soil and the paver system “to keep the system independent of what’s going on beneath it,” he says. He also specified the commercial-grade pavers because of The Islands’ resident traffic, as well as a lot of heavy truck traffic. The area is comprised of several, narrow and curvy streets that Foster City fire and police use as a monthly training route, and garbage and recycling trucks come through twice a week.

To minimize negative impact on The Islands’ residents during installation, Modern Paving and the HOA came up with a well-organized plan. Modern Paving worked on a small stretch of street at a time, including one of several parking lots. Work began after people left for the workday and stopped at five o’clock. Even mail was rescheduled to be delivered after five. A ramp would allow people to drive over the work area to their homes. “We say it’s a temporary inconvenience for a permanent improvement,” says Besseling.

With more than half the installation complete, the new roads look better, provide better drainage and even improve residents’ safety. “The asphalt roads felt like a freeway, so people drove at freeway speeds,” explains Besseling. “We have a lot of young families in this community and kids play in the streets, so it became a concern. Pavers automatically make people drive more slowly.”

The project also offers a good return on investment with increased property values. On average, the units in The Islands sell for approximately $1.2 million. “Having new, sturdy, and good-looking roads increases the equity of the entire HOA, which will also positively impact the value of each unit,” says Besseling. 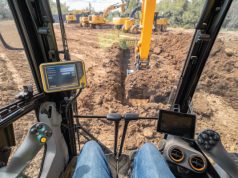 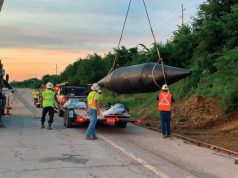