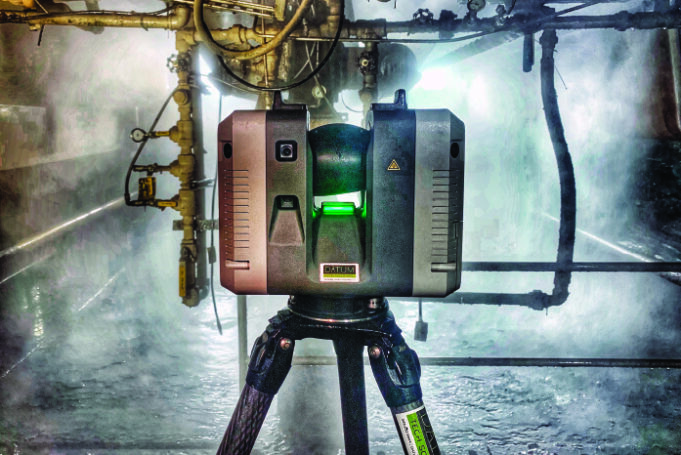 Tracy Raver is a builder at heart. As a pipefitter with 27 years of experience in the field, he’s had his head and hands deep in the work of assembling complex mechanical systems for commercial and industrial facilities of every sort. Over the last 16 years with Apollo Mechanical Contractors, Raver has seen his employer grow from a local sheet metal fabricator in Kennewick, Washington, to a nationally respected Mechanical Contracting powerhouse with eight offices stretching from Washington to Tennessee. Of all the factors contributing to the firm’s steady growth during Raver’s tenure, perhaps no innovation is more significant than embracing prefabrication’s virtually unlimited potential.

“For me, the most exciting thing about construction is the continually changing technology that is improving how we work and what we produce,” says Raver. Apollo believes in building people who build great things. The firm focus on employees starts with a drive for safety, a willingness to put the customer first always, and a resolute insistence on installing only the best quality products that anybody could supply. Apollo also takes great pride in innovating in response to change. During the aftermath of the 2008 recession, like many union contractors, Apollo was pressed to find ways to become more productive on the work.

“Setting up a prefabrication shop dedicated to building and pre-assembling components in a controlled facility away from the jobsite has been a huge success for us,” continues Raver. Starting with just a few common building systems, Apollo’s prefabrication shop quickly enabled the company to become much more competitive on price, while increasing product profitability, ease of assembly, speed to market, and workforce safety significantly. As Apollo’s prefabrication capacities have steadily expanded in the decade since establishing the prefab shop, their technological capabilities and resources also had to keep pace with the digital world.

“Datum Tech Solutions is a local laser scanning technology firm that has been an important resource in our toolbox,” shares Raver of a consulting relationship several years in the making. Based in Seattle, Washington, and serving clients nationally, Datum Tech Solutions represents the leading edge of digital geometric shape-data capture through point cloud generation.

When Apollo was awarded a complex, equipment replacement project at Packaging Corporation of America’s Wallula Full-Line Plant in Wallula, Wshington, Datum Tech was the first resource Raver turned to.

“The scope at the Wallula plant was to replace an intricate system of vacuum headers on some large paper processing machinery that had become clogged with sludge and wasn’t maintaining pressure,” continues Raver. “The assembly was a tangled mess of some 30 to 40 different pipe and valve components connecting beneath the mainline of a processing run in a fairly tight space. The client was very concerned about any prolonged plant shut down and lots of other work was being scheduled concurrently. Our objective was to recreate the entire configuration in our prefab shop and save significant time assembling it at the plant.”

In addition to the intense complexity of the piping configurations, the machinery had also been subjected to many years of ad hoc repairs and patch welds. Raver estimates that before prefabrication, Apollo likely would have had a six-man crew on the project for more than a month. In the case of the Wallula plant, the client originally anticipated a 2-week shutdown but narrowed that window down to just one week before the scope, schedule, and costs were fully aligned with their expectations.

“In terms of site constraints during construction, the preconstruction process revealed there would be quite a few,” continues Raver. “There were roughly 30 other contractors doing work in the same space the same week and layers of scaffolding rising around this apparatus on two sides. The prefabrication shop became incredibly important. I estimate that 80% of the manhours took place in our shop and just 20% in the field. Having Datum’s virtual model of the machinery to build from is what made that possible.”

PRACTICAL USE OF TECH

Bob Rice is also a builder at heart. He’s been in the construction and design industry for more than 30 years, maintaining a focus on the intersection of technology and practical hands-on reality. As the general manager for Datum Tech, Rice has his eyes on everything the firm touches.

“Our team excels where conditions are extreme and require best-in-class technology and an outside-of-the-box approach,” says Rice of the work and ethos at Datum Tech. “This company loves a challenge.”

As a scanning assignment, the Wallula plant scan certainly had its fair share of challenges. The vacuum pump assembly was located in a 20 ft by 75 ft maintenance vault with a 10 ft ceiling beneath the production run. The heat and steam of the machinery turned the surrounding air into a stifling soup of more than 100 degrees F. The clouds of air were so thick, and the Leica RTC360 3D Laser Scanner Datum used to capture the scan so precise that parts of the clouds rendered as tangible data points that had to be removed from the recap file. In a single afternoon, Datum’s technician shot the entire assembly in exacting detail to produce a like-for-like virtual model of the machinery from which Apollo Mechanical recreated the components in exacting detail.

“From hiring the next generation of builders to getting the work done, technology drives our industry,” says Raver. “Datum’s laser scan produced a model that allowed us to prefabricate the entire assembly off-site, and we installed it in less than a week.”

Having finished their work early, Apollo invited the plant owners on a tour, and they were astonished.

“They said they had never seen anything like it,” finishes Raver. “We all immediately began discussing ways laser scanning of this caliber could save us even more time and money in the future. It’s a real game-changer.”

Sean O’Keefe is a writer crafts architecture and construction writer stories for Datum Tech Solutions (datumtechsolutions.com) and others based on 20 years of experience and a keen interest in the people who make projects happen. He can be reached at sean@sokpr.com. 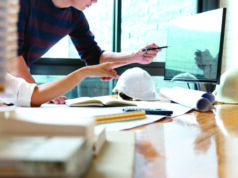 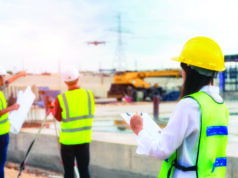