Home Technology Solutions It’s All About the Base. No Trouble. 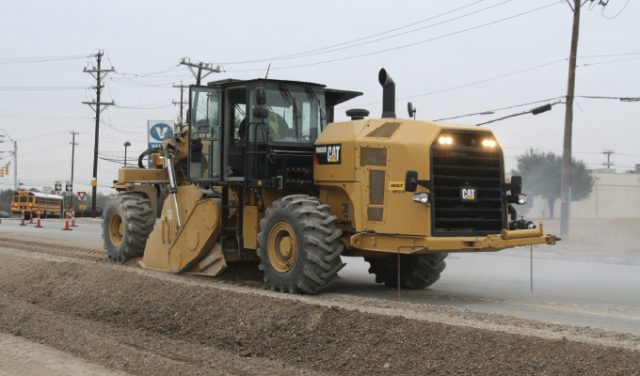 contractor brings a failing Texas road back to life

One of the fundamentals of roadbuilding states that a good road starts with a good base. Conversely, a sub-par or eroded base can lead to a weak, rutty, road surface, prone to sinking and possible collapse. In an area of northeast San Antonio, those precepts were in full view as a section of Woodlake Parkway underwent a major overhaul to remove the pavement, reinforce material beneath it, and repave the thoroughfare. Before that would happen, however, Rock Solid Stabilization and Reclamation, Inc. (Rock Solid), the contractor handling the project, opted to supplement their standard practices with a GNSS-based 3D scanning solution. Designed to illustrate the possibilities for crown, cross-slope, etc., that scanning technology, coupled with others, combined to bring Woodlake Pkwy back from the brink and allow performance that was literally rock solid.

Specialists in soil stabilization, modification, full depth reclamation (FDR) and asphalt pulverization, Rock Solid has more than a decade’s experience tackling projects both large and small. Based in the Upper Midwest (Genoa City, Wisconsin), the company has performed services in 21 states ranging from California to New York and North Dakota to Texas. Their experience, particularly with FDR, led to a contract with the City of San Antonio to totally rehab the Woodlake thoroughfare, according to Topcon Positioning Systems’ Mark Larranaga, senior manager for paving and software business development.

“Because this road was so badly damaged—far beyond what is considered normal wear—the city decided that a standard ‘mill-and-fill,’ in which the surface course is removed and replaced, would not suffice,” he says. “Instead, they opted for the full-depth reclamation, an approach in which the pavement and a portion of the underlying materials are pulverized and mixed with a stabilizing agent to strengthen the entire structure prior to the repave.”

He adds that the benefits to doing so are many, including the fact that there is no material to haul off site, resulting in a direct cost savings. Also, because the sub-base is being strengthened, the risk of future failure is minimized.

“There were also some inherent road issues that could be resolved in the road redesign process,” says Larranaga. “For example, there was a flat spot in one area in which water was regularly pooling—the same condition more than likely existed in the sub-base as well. They were confident that adding a uniform crown and 3 percent slope to it would alleviate that problem.”

Long before the FDR process could begin, however, an initial survey of the full 1.3 miles of road was needed to determine the best design, including crown, slope, desired curb reveal, etc. To do that, Jonathan Pease, Rock Solid’s founder and president, worked with representatives from Topcon and its Carol Stream, Illinois-based Topcon Solutions Store to utilize an alternative to traditional road surveying techniques.

“Jonathan is always interested in pursuing new technology and problem-solving solutions,” says Larranaga. “We felt this was both a great opportunity and a perfect application to showcase the strengths of the Topcon Smooth Ride paving solution. They needed more than a mile of road surveyed and this LIDAR-based solution collects a constant stream of data, resulting in a precise representation of surface conditions.”

Not only was the road resurfacing project timely, it was also a perfect example of what Topcon calls the Intersection of Infrastructure and Technology. At this conceptual crossroads, industry professionals like Rock Solid can benefit from the advantages products like the RD-M1 offer, using that technological innovation to increase productivity and profitability—a critical component for today’s infrastructure demands.

In the initial phase of the overall Smooth Ride process, a downward-facing LIDAR scanner mounted on the back of a vehicle—working in concert with an integrated Topcon HiPer SR GNSS receiver and an onboard inertial measurement unit—scans the road surface at normal driving speeds and obtains massive amounts of georeferenced points along the route.

“We were able to gather more than 180 million points in that single 2-hour drive of the road,” says Larranaga. “Surveyed conventionally, that would have taken about 2 days and meant placing workers in the road. So, not only was there an increase in efficiency accuracy, and quality of data, any traffic-related risk to workers was eliminated.”

Once the data was gathered and stored, it was imported into Topcon MAGNET Collage software to begin construction of the point cloud. An immersive point cloud solution, MAGNET Collage processes and handles mass data at impressive speed—often as much as eight times faster than comparable software—with a comparably quick rendering and visualization capability. From Collage, MAGNET Resurfacing, a module of MAGNET Office Site, was used to examine the existing road design and begin formulating the pending changes to it.

“The true value of MAGNET Resurfacing is that it affords users the ability to plug in data such as cross slope, transition or curb reveal, and it will tell whether or not that is achievable based on existing conditions,” says Larranaga. “If it indicates that it’s not do-able, adjustments can be made. On the Woodlake project, it was found that a projected curb reveal of 7.5-inches was not achievable, so we went back to the city and discussed options. The cross-slope design was altered based on existing conditions and everything was fine—none of that would have been possible without the Smooth Ride solution.”

With a working design in hand, the Rock Solid team began the FDR process. The company used a Cat RM5008 Road Mixer to simultaneously pulverize the existing 3- to 4-inch asphalt layer and mix it with the underlying base material. Then, in a second pass, the same machine remixed the material but did so while also injecting a binding agent to stabilizing that sub base.

“Normally we use cement, fly ash, kiln lime, and other dry powder products—we even do some injections with Permazyne up in North Dakota,” says Michael “Big Mick” Johnson, Rock Solid’s reclaimer operator. “This was a different mixture put forth by an outside supplier, but the concept is still the same: strengthen that underlying material so that the roadbed laid on top of it has stability and durability.”

GOT IT UNDER CONTROL

For the grading facet of the project, Rock Solid once again called upon the strengths of GNSS technology to ensure the highest level of accuracy and efficiency. Working off a Topcon GR-5 base station, a John Deere 672 motor grader, equipped with a Topcon 3D-MC2 machine control system allowed them to come right behind the mixer and get it to final grade in a single pass, according to Gary Johnson, Rock Solid’s operator.

“This particular model is an IGC (integrated grade control) machine so it comes from the factory with the Topcon machine control solution built in,” he saiys. “Being able to see the whole project on screen and know what needs to be done, without the need for extensive staking, has been a real plus for us. Even changes, which we’ve had our share of out here, are easy to deal with. I can’t imagine doing the type of jobs we do any other way.”

Adds Larranaga: “Despite hitting a couple of bumps along the way, this project was still completed on time and will serve as a showcase for the strengths of GNSS technology in general and the RD-M1 in particular. The road is now in excellent condition and because of the major sub-base work, should remain that way for a long time. In addition, it now has a uniform crown and a constant cross slope throughout, so drainage will be enhanced. In short, it will be a much smoother, safer road, which is what we set out to create.” 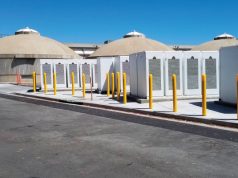 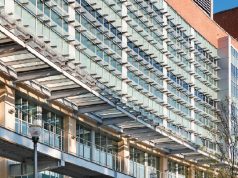 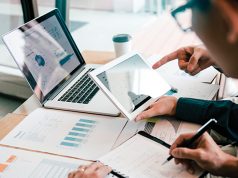