Home Featured Articles Is Arbitration All It’s Cracked Up To Be? 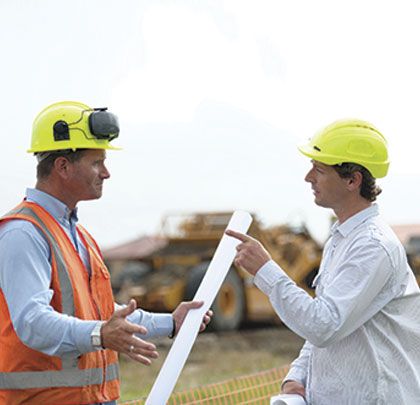 In the late 1980s, early 1990s, alternative dispute resolution came on the scene and was all the rage as a means to effectively and quickly resolve disputes on construction projects at a lower cost than litigation. Now, many years later, the tide has turned and many people are re-examining the issue.
American Institute of Architects (AIA) documents are still found to be the most prevalent documents used for construction projects. The A-201 General Conditions include mediation and arbitration clauses. Originally, when arbitration was introduced, the A-201 General Conditions provided for disputes to proceed in accordance with the construction industry rules of the American Arbitration Association. In its 2007 revisions to the documents, the AIA changed the dispute resolution clause to provide a check box for arbitration or litigation with the fallback being litigation if the arbitration box was not checked.
Mediation as a prerequisite to arbitration or litigation appears to be well accepted. Since mediation is a voluntary process in which the parties attempt to resolve their dispute without a finding of culpability or liability before proceeding to arbitration or litigation, it tends to be viewed as a worthwhile endeavor. Many people like mediation this way because the costs incurred in spending a day or so in mediation are far less than the costs of arbitration or litigation.
Arbitration appears to be the bone of contention. Is it good, bad, less expensive, timely, and why should you consider it?
ARBITRATION IS GOOD
Arbitration provides many advantages for the construction contractor. An arbitration proceeding usually concludes much quicker than a matter in court, especially in urban areas in the country. Arbitration is a confidential proceeding, in which the outcome is not a matter of public record or available for public scrutiny unless it is necessary to go to court to enforce an arbitration decision. Arbitration typically proceeds in a conference room where admission is limited, as opposed to a courtroom open to the public. Most important, the people sitting in judgment, be it one arbitrator or a panel of three, are experienced people in the industry, usually capable of reading plans and specifications, understanding design and engineering concepts, having knowledge of the practical side of construction and most important, wanting to be in attendance. This is different than a court proceeding, where the judge and jury often know very little about construction, jurors do not want to sit in judgment and have no understanding of design, engineering, or construction. Complex concepts have to be explained in the simplest terms in a courtroom and since feedback from a judge or jury is limited, if not non-existent during trial, one does not even know if they are getting it.
ARBITRATION IS BAD
Many people feel arbitration has not met its original goals of resolving cases quickly and cheaper than litigation. Sometimes, arbitration can take a long time. From start to finish, it can last more than a year. Arbitration clauses in contracts are being drafted to provide full discovery similar to litigation. Many feel arbitration results in verdicts in which the difference is split between the parties. Because arbitrators actively participate in the proceedings and ask questions of witnesses, some believe that arbitrators have a biased mind and do not wait to hear all the evidence. Often the feeling after arbitration is that it is nothing more than private litigation. The lawyers have taken over the process and it proceeds similar to litigation, which is contrary to its original intent.
The greatest complaint about arbitration is the cost. Filing fees can be expensive. Arbitrators charge anywhere from $200 to $800 per hour in most settings. Their fees are split among the parties and paid in advance. Thus, a week-long arbitration with three arbitrators, each charging $500/hour can cost $75,000 in payments to the arbitrators and this does not include additional time for the arbitrators to prepare for arbitration, deliberate following arbitration, and render a decision. Because it is assumed that losing parties do not pay arbitrators after a hearing, the arbitrators always demand advance deposits for their fees. These fees are on top of the fees to be paid to a party’s own lawyer to represent it in the proceedings.
Many contend the original concept of arbitration was to have matters heard quickly and inexpensively by peers knowledgeable in the industry. A major complaint is that the process has been taken over by lawyers and now we have depositions, document productions, expert witnesses, and it proceeds just like a trial, except in a conference room before a lawyer or panel of arbitrators sitting in judgment.
CONCLUSION
As a lawyer who is both an arbitrator and represents construction contractors in arbitration proceedings, I contend that arbitrators take their job very seriously and strive to fully understand all the issues and render a just verdict. While it is understandable why contractors can be frustrated by the arbitration process, especially its costs, it still remains a viable option instead of litigation and in the right circumstances, is the best means for resolving disputes. Arbitration has pluses and minuses. Contractors need to examine the dispute resolution clauses in their contracts carefully, to make certain they are aware of the process they are agreeing to for the resolution of disputes, at the time of entering into a contract. ■
About the Author:  Thomas L. Rosenberg is a partner at Roetzel & Andress, LPA, which is a full-service law firm with offices throughout Ohio and Florida and in Chicago and Washington, D.C. Based in Roetzel’s Columbus, Ohio, office, Mr. Rosenberg has more than 30 years of experience as a construction lawyer and leads the construction law practice at Roetzel, which has been recognized regionally and nationally as one of the top law firms for construction and construction litigation. Mr. Rosenberg has received numerous honors as a construction lawyer and is actively involved in local, state, and national construction law organizations. He can be reached at trosenberg@ralaw.com.
_________________________________________________________________________
Modern Contractor Solutions – May 2016
Did you enjoy this article?
Subscribe to the FREE Digital Edition of Modern Contractor Solutions magazine.