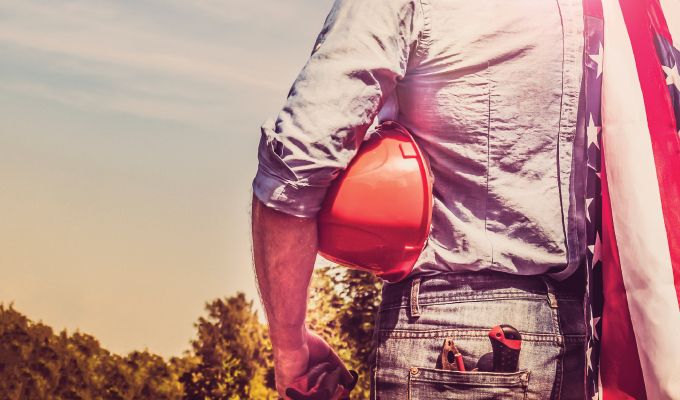 For more than a decade, I’ve covered the lack of skilled workers in the trades impacting productivity, profits, and projects across the nation. I’ve attended construction trade shows where the discussion took center stage. I’ve talked to general contractors and manufacturers of construction equipment about the need for attracting people, men and women, to the construction industry where good-paying jobs are available. I’ve seen a splattering of associations reach into the community to educate and inform children in middle school and high school about the opportunities that exist in construction. Even with attention on the need, and some efforting the cause, the construction industry still has a shortage of skilled workers.

Now there’s the infrastructure bill signed into law by Presidential Biden on November 15, 2021. What’s in the bill for the construction industry? What are the long-term implications? Does the bill change the issues faced by general contractors?

Let’s take a closer look at these questions, starting the money allocated in the infrastructure bill.

A breakdown by state regarding the allocation of federal funding can be found at www.whitehouse.gov/briefing-room/statements-releases/2021/08/04/white-house-releases-state-fact-sheets-highlighting-the-impact-of-the-infrastructure-investment-and-jobs-act-nationwide/.

Here’s something to note according to the state’s breakdown of federal funding: “States can compete for the $12.5 billion Bridge Investment Program for economically significant bridges and nearly $16 billion of national funding in the bill dedicated for major projects that will deliver substantial economic benefits to communities.” And these fact sheets state these values are estimates and may change based on updated factor data each fiscal year.

Commercial construction projects will exist in the mix of the monies allotted for the various components of the infrastructure bill. The question we need to be concerned with centers on “who’s going to do the work?”

In speaking with my construction comrades across the U.S., the hiring process for some is adding superintendents and project managers, with a keen interest on finding and/or attracting construction workers that have the intent to show up for the job and be productive. Yes, the investment in our nation’s infrastructure is long overdue. Another overdue investment exists in recruiting, training, and mentoring men and women in the construction industry, especially people needed in the trades.

I had the pleasure of speaking with Ken Roberts, an attorney with the law firm Venable LLP, while the infrastructure bill was making its way out of the Senate. Ken is based out of the Chicago office and is chair of Venable’s Construction Law Group. Ken concentrates his practice on construction law, project controls, and procurement contracts. Ken is consulted on a daily basis by procurement and risk management departments concerning every aspect of planned or ongoing construction projects. He engages in a range of services, including preparation and negotiation of contracts, project controls monitoring and advice during ongoing projects, negotiation of change orders and contract additions, alternate dispute resolution through mediation, arbitration, dispute review boards, and, when necessary, litigation.

Ken and I agree the infrastructure bill is an essential component in the recovery and rebuilding of America and, more importantly, we agree on the shortage of skilled workers, and general laborers, for the construction industry.

According to Ken, with the infrastructure bill signed into law, it could take 12 to 18 months before actual jobs are created for a workforce that does not currently exist. Current skilled workers will go where the jobs pay well; call this crew A. Crew B will be left to compete for jobs within their geographic location and will have some good training. Then there’s Crew C. A crew with unpolished skill sets, improper training from not having the tools to do the job, and they may or may not show up or be on time.

Another factor to consider in conjunction with the infrastructure bill and the need for skilled workers and general laborers, is the owners of the projects. According to Ken, there are owners who want projects done “on the cheap” and don’t have the best reputation of being the best to work for in the construction industry. These owners are not going to get the good contractors with the good workers. It will become a buyer’s market where those with the skill to lead and the skill do the work will move to the projects with good owners. This may leave some projects without top quality crews and GCs to complete the projects that are created from the influx of federal funding to fix America’s infrastructure. Poor quality work will make way for repeat work, and if workers are not trained properly to build their skill levels, the outcome from repeat work will be the same.

When given the tools and motivation to learn, coupled with competition to get the projects that pay well, American workers will meet and exceed the challenges. There will be states with excellent GCs with skilled crews that will use the federal money well; some states may not fare as well. The goal as infrastructure projects present themselves in the coming months will be to rebrand the construction industry worker as the hero, earning a wage, working with their hands, to build upon the legacy set before them as America moved from horse and buggy, to road and highways, to skyscrapers and dams. It’s a testament to the American worker to build with less rework, be closer to budget, and be more productive.

While the investment in our nation’s infrastructure is a good start, I believe more will be needed. And, as Ken Roberts says, another infusion of capital would not be a surprise in the next 5 to 10 years. With skilled labor a factor for good stewardship of federal funds by the states, I’m eager to learn how the construction industry will adjust, and what companies and/or associations will step up to the plate to add more training, recruiting, and mentoring for people looking to earn a decent living wage. I see The Great Rebrand of the Construction Industry on the horizon; hopefully, we’ll all join in the campaign.

Donna Campbell is the Editor in Chief for Modern Contractor Solutions. She can be contacted at donna@mcsmag.com.