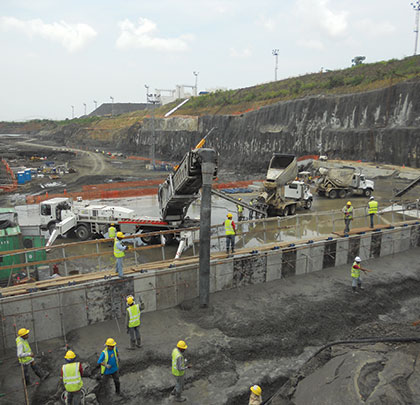 Are There Limits to What Can Be Included in a Construction Contract?
When reviewing a construction contract, the primary goal is to make sure the agreement fairly and accurately reflects the parties’ intent. Owners have expectations that the work will be performed according to the plans and specifications, that the project will be completed on time, and that the cost of work will be within the budget or contract price. Contractors have expectations that the plans will not contain errors, that there will not be any unreasonable interferences or excessive changes, and that payment will made timely. A good contract addresses all of these risks. Many times, people ask whether there are limits to what can be included in a construction contract. The answer … yes.
CHOICE OF LAW AND VENUE
There are so many different provisions in a construction contract—ranging from payment terms, to warranty obligations, to change orders, to dispute resolution. Each state may have statutes or laws that address some sort of limitation on a particular provision. For example, many states like Tennessee have “choice of law” and “venue” statutes that make it unlawful to include a provision in a contract requiring the substantive laws of another state or the venue of litigation or arbitration in another state for real estate improvement projects that are located in Tennessee.
MECHANIC’S LIEN WAIVER
Another example of varying contractual limitations can be found in the context of mechanic’s liens. For instance, there is a statute in Maryland that prohibits a party from requiring a lien waiver in certain contracts: “An executory contract between a contractor and any subcontractor that is related to construction, alteration, or repair of a building, structure, or improvement may not waive or require the subcontractor to waive the right to: (1) claim a mechanics’ lien; or (2) sue on a contractor’s bond.” This does not mean lien waivers as part of the payment process are invalid—it means that the underlying construction contract cannot require the subcontractor or supplier to prospectively waive its right to claim a lien.
INDEMNIFICATION
A third example is illustrated in the recent Nevada Supreme Court decision, which concluded that a general indemnification agreement was void and unenforceable based upon the purposes and intended effects of the Americans with Disabilities Act. In Rolf Jensen & Associates v. Eighth Judicial District Court of Nevada, the design contract included an indemnification provision where the design professionals agreed to indemnify the project owner for “any damages arising from any act, omission, or willful misconduct.”
In Rolf Jensen, the owner of the Mandalay Bay Resort contracted with Rolf Jensen on the expansion project to provide certain consulting services involving ADA compliance. Following completion of the project, the Department of Justice investigated certain violations related to lack of handicap accessibility at the property. The owner estimated that it would take approximately $20 million to bring the resort into compliance. The owner sued Rolf Jensen under the indemnification provisions to recover the costs of the repair work.
The procedural aspects of the court’s decision are tricky, but in the end the decision was clear: “We conclude that Mandalay’s state law claims for indemnification pose an obstacle to the objectives of the ADA and therefore are preempted.” Ultimately, the court concluded that allowing the indemnification claims would weaken an owner’s incentive to prevent violations of the ADA, which would conflict with the purpose and intended effects of the statute. “Simply put, such claims would allow owners to contractually maneuver themselves into a position where, in essence, they can ignore their non-delegable responsibilities under the ADA.”
AN OBSERVATION
While the Rolf Jensen decision appears to undermine parties’ freedom to contract, there have always been limitations on those freedoms. Perhaps the question in this case stems from the lack of a clear prohibition against waiver of the ADA in contracts. Perhaps this was simply an example where public policy trumps freedom to contract. I think one of the real lessons is to make sure to review your construction contracts to make sure the agreement complies with the applicable state and federal law. ■
About The Author:
Matthew DeVries, construction attorney and LEED AP, is a member of the Construction Service Group of Stites & Harbison, PLLC, as well as the founder of www.bestpracticesconstructionlaw.com. He can be reached at matthew.devries@stites.com.
_________________________________________________________________________
Modern Contractor Solutions, February 2013
Did you enjoy this article?
Subscribe to the FREE Digital Edition of Modern Contractor Solutions magazine.