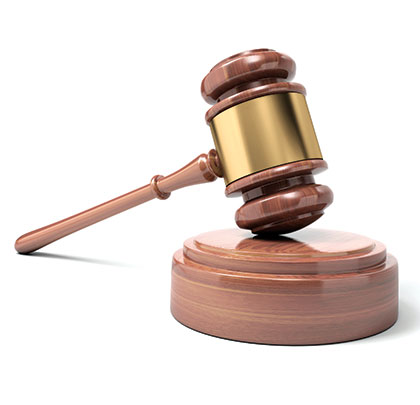 The Occupational Safety & Health Administration (OSHA) has a multitude of regulations to which concrete and construction contractors must adhere. Most of the construction regulations are published in Title 29 of the Code of Federal Regulations Part 1926, while OSHA’s recordkeeping rules concerning recordable and reportable injuries and illnesses are in Part 1904 of the regulatory requirements.
Then, there are the “secret rules.” Those that do not appear in any regulatory text, but arise from hazards that the employer is expected to be aware of through exercise of due diligence or because of another source of knowledge. These can be cited under OSHA’s “General Duty Clause” (Section 5(a)(1) of the Occupational Safety & Health Act of 1970). This section states: “The employer shall furnish to each of his employees a place of employment which is free from recognized hazards that are causing or likely to cause death or serious physical harm to employees.”
Violations of OSHA’s “General Duty Clause” (GDC) can be classified as either “serious” with a maximum $7,000 civil penalty, or as “willful” with a maximum $70,000 fine. If a GDC citation is found to be willful and a fatality is involved, OSHA can also prosecute the employer criminally.
RECOGNIZED HAZARD
In determining whether a condition is a “recognized hazard” for purposes of liability under the GDC, OSHA will look for: (1) actual employer knowledge as demonstrated by employee safety manuals, audit, or near-miss accident reports, policies and procedures, internal memoranda, contracts, or even job safety analyses that state the condition as one of the hazards to be protected against; (2) “common sense” knowledge (what any reasonable person would view as hazardous); or (3) “industry knowledge” (imputed through voluntary consensus standards by ANSI, NFPA, ASTM, etc., through information sent by trade associations, through information contained in manufacturer handbooks, or guidelines such as those from the U.S. Army Corps of Engineers for their projects).
OSHA bears the burden of proving that a condition was a “recognized hazard” and that the subject employer’s own workers had exposure. Because there is no specific standard cited and, therefore, generally no specific guidance from OSHA on the circumstances present, these can sometimes be the easiest citations to get vacated … if the case is presented properly.
THE SITUATION
The most recent example is Secretary of Labor v. K.E.R. Enterprises Inc. d/b/a Armadillo Underground, in which the Occupational Safety and Health Review Commission ruled against OSHA on January 9, 2013. The case arose from a Florida worksite inspection where several workers—some of whom were employed directly by K.E.R.—were injured after a pipe exploded. OSHA issued K.E.R. a serious citation under the GDC, claiming that it exposed its workers to the hazard of being struck by pipe fragments. At an initial hearing, the Administrative Law Judge had ruled for the employer and vacated the citation, but OSHA appealed. As a Commission decision, this ruling is considered binding precedent and can be referred to by other employers who wish to mount a similar defense.
K.E.R. was a utility contractor who was performing work for a county to install piping for a waterline. It used a mechanical joint restraining gland to connect certain sections of pipe. The gland was a metal ring that fit around the pipe and was secured by both T-bolts and hex-head bolts. After it was installed, the contractor performed hydrostatic pressure testing to ensure that the pipes were properly sealed. When the pressure test was performing, using water at 165 psi, a small water leak was observed. Following the company’s own procedures, two crew members tightened the T-bolts and the leak stopped, but less than a minute later, the pipe exploded.
THE RULING
In analyzing the citation, the Commission noted that, to prove a violation of the GDC, OSHA must show that: (1) a condition or activity in the workplace presented a hazard; (2) the employer or its industry recognized the hazard; (3) the hazard was likely to cause death or serious physical harm; and (4) a feasible means existed to eliminate or materially reduce the hazard. OSHA argued that the employer failed to follow the manufacturer’s instructions for installation, and that it could also have eliminated the hazard by following the ANSI standard C-111 for rubber gasket joints used in iron pressure pipes and fittings.
The Commission ruled that K.E.R.’s actions on the day of the accident were proper, and in accordance with industry practice. There was not sufficient evidence to support OSHA’s allegations that it should have known it was a hazard to tighten T-bolts without first depressurizing the pipe. They also found that it was not “common sense” to depressurize the pipe first. It helped the employer’s case that its witnesses were deemed to be credible in asserting that most small leaks are due to under-tightening of bolts and that their actions were standard procedure for the industry.
Neither the manufacturer’s instructions nor the C-111 standard contained an express safety warning. The manual specifically instructed the user to tighten the T-bolts when installing or adjusting the gland, but noted that “overstressing bolts to compensate for poor installation practice is not acceptable.” However, it never warned against tightening the bolts during pressure testing.
In short, the agency must define a cited hazard in a manner that gives the employer fair notice of its obligations under the OSH Act. Manufacturers’ instructions and voluntary consensus standards that contain explicit safety warnings may still be used as probative evidence in establishing a GDC violation, but general directions for product use do not meet this burden unless they explicitly implicate safety. ■
About The Author:
Adele L. Abrams, Esq., CMSP, is an attorney and safety professional who is president of the Law Office of Adele L. Abrams PC, a ten-attorney firm that represents employers in OSHA and MSHA matters nationwide. The firm also provides occupational safety and health consultation, training, and auditing services. For more information, visit www.safety-law.com.
_________________________________________________________________________
Modern Contractor Solutions, February 2013
Did you enjoy this article?
Subscribe to the FREE Digital Edition of Modern Contractor Solutions magazine.