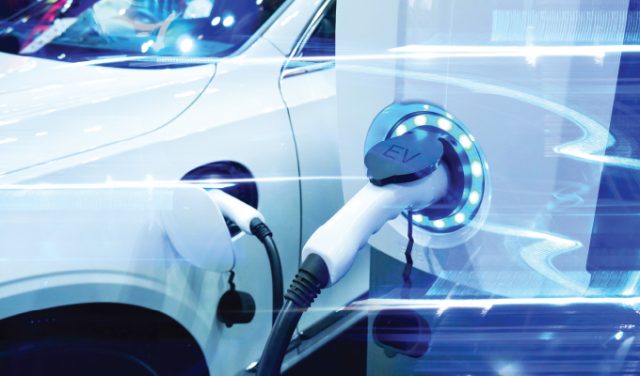 The cost of doing business continues to go up and up. Companies are constantly looking for new ways to reduce costs, both long and short term. One potential area that companies are beginning to look to is the cost of a service truck fleet. Whereas companies once had to accept the cost of maintenance for using a gas-powered service fleet, the advancement of electric car technology is allowing some companies to consider making the switch.

Last September, Amazon placed an order for 100,000 electric service fleet vehicles. The order was placed with the startup Rivian and is expected to be fully delivered by 2030 with the first 10,000 vehicles arriving in 2021. Companies considering investing in electric vehicles should consider the pros and cons. The question is whether the investment is not only worth it but actually feasible.

SAVE BIG ON FUEL COSTS

One of the biggest benefits to using electric cars is the overall reduced cost overtime. These costs are realized through cheaper maintenance and fuel costs. According to the US Office of Energy Efficiency & Renewable Energy, the average cost of gas is $2.42 per gallon while the cost to power an electric vehicle is less than half at $1.19 per eGallon (eGallon cost is calculated using the most available state and residential electricity prices).

Let’s say a company has 50 vehicles in its service truck fleet and each vehicle drives approximately 10,000 miles per year. Let’s also say the service trucks are 2015 Ford E-250s that have 13 miles per gallon fuel economy. That would mean for one year a truck would need 769 gallons of gas which would equal $1860.98 in fuel costs. Calculating for all 50 vehicles, the fuel costs would then be $93,049 per year. With an electric vehicle that cost would be less than half, meaning $915.11 per vehicle and $45,755.50 for all 50 trucks in the fleet. That a savings of $47,293.50. So, while the initial cost of purchasing electric vehicles is higher, over time the cost is much less compared to gas-powered vehicles. Also keep in mind that a variable is the cost of gas which is known to fluctuate, in some cases dramatically, depending on circumstances and political climate.

Components, like fan belts, timing belts, oil, spark plugs, air filters, and head gaskets, do not need to be replaced in an electric vehicle. This makes the cost of maintaining an electric vehicle lower when compared to gas-powered vehicles.

Companies all over the globe have been taking steps to reduce their carbon footprints. One major way to do that is to using more electric vehicles as they are significantly cleaner than gas-powered vehicles.

Now that the benefits have been discussed, let’s take a look at the obstacles of using electric vs gas-powered service fleets.

One of the biggest challenges is setting up the infrastructure to maintain electric vehicles. Mainly having charging stations available for the electric vehicles. Gas-powered cars can be refueled at any gas station nearby. An electric vehicle battery requires to be charged like a cellphone. A large cable plugs into the vehicle on one end, and on the other end the cable is connected to a power source.

Owners would have to construct and maintain their own charging stations as they are not readily available like gas stations. The cost to install one of these can be as high as $600, so installing enough to satisfy the needs of an entire fleet can prove costly. In some cases, local utilities offer discounts for electric charging stations which could potentially help reduce the cost. Another item to consider is the physical space needed. In addition to needing room to store an entire fleet of vehicles, room will be needed for the charging stations.

Most major manufacturers are still working on creating viable electric personal vehicles and have not dedicated much time and resources to an electric fleet vehicle. While there are some established companies, like Tesla, that have electric service vehicles in production. There has yet to be a commercially available electric service vehicle mass produced yet by a major manufacturer. At the moment the industry is mostly startups like Rivian, which owns the Amazon contract for 100,000 electric fleet vehicles by 2030.

Another issue affecting availability is the initial purchase price of these vehicles. Gas-powered vehicles have been around for well over a century, so the advances in production make these cars cheaper than electric cars.

As technology improves over time, the mass production of electric cars will improve and drive down the cost. Until then companies must be willing to make the initial financial commitment.

Eric Goldstein is the president of C/F Data Systems. With more than a quarter of a century of experience in the construction software arena, Eric has led C/F Data’s ongoing development of the company’s flagship solution, STRUCTURE. For more, visit www.cfdatasystems.com. 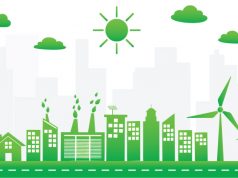 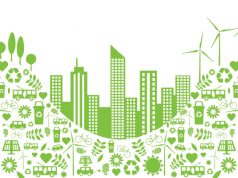 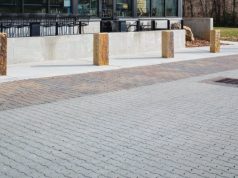