Home Featured Articles Dispute Resolution Clauses Are Out of Control! 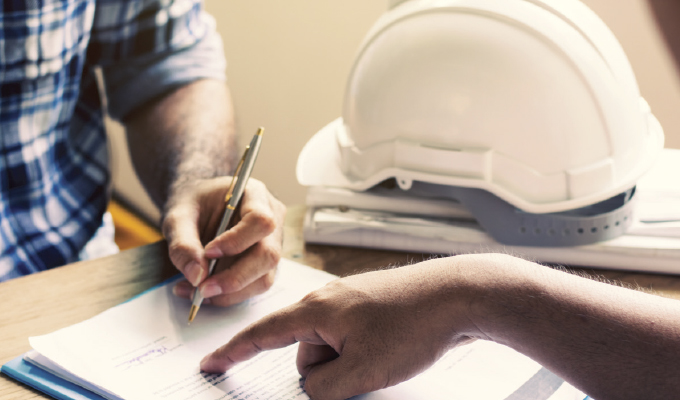 I am often called upon to review contract documents on behalf of my contractor clients. In doing so, I have noticed a trend lately for more and more complex dispute resolution clauses. Several years ago, the clauses were simple. We either went to litigation or arbitration. If we went to arbitration, we typically did so pursuant to the Construction Industry Rules of the American Arbitration Association. Sometimes we required mediation as a prerequisite to proceeding to arbitration or litigation. This means that before a matter can proceed to arbitration or litigation, the parties have to come together before a mediator in an effort to try to resolve the case. This has the benefit of seeking an early resolution, if possible.

We saw clauses that set the location for the arbitration, oftentimes at the disadvantage of claimants. As more and more contractors perform nationally, we saw clauses that call for arbitrations to occur in the most convenient venue to the contractor that may have the effect of discouraging subcontractors and suppliers from asserting small claims. If the project is in New Hampshire, with an arbitration clause providing for arbitration to occur in Arizona, it becomes impossible for a subcontractor in New Hampshire to proceed with a small claim. It is cost prohibitive.

Dispute resolution clauses have also addressed shifting of attorney’s fees and arbitration costs in the event of a dispute. They say something to the effect of if a settlement offer is made and the claimant does not accept the settlement offer, the claimant is liable for all of the other parties’ legal fees, costs, and expenses if it continues to proceed with the case and does not recover an amount greater than that offered in settlement. In another words, if I offer you $10,000 on your claim, if you do not recover an amount greater than $10,000 then you owe all of my client’s legal fees and costs from the time I made the offer of settlement.

One public entity set forth a contract provision that stated if a party does not recover the entirety of its claim as originally asserted, it owes all of the public entity’s legal fees, costs, and expenses incurred. This is an extremely chilling provision because it requires the claimant to set forth a claim at the outset that it can recover in full.

I am often amused by the dispute resolution clauses I see as they become more and more unique. I contend that these clauses are often the result of circumstances most often in an arbitration that causes one to redraft its clauses on a going-forward basis. I recently came across a clause in a contractor’s contract document that indicates that the contractor, not subcontractor, may at its sole discretion decide whether or not the matter should be submitted to arbitration or litigation. It has a mediation prerequisite and specifies where the mediation will occur. It stated that the mediation must be completed within 60 days and no later than 14 days prior to the mediation, and that the parties will serve their position statements upon the mediator with all exhibits. The provision went on and stated that the mediation cannot take longer than 8 hours and must be concluded within one day. If the mediation is unsuccessful, the mediator will immediately become the arbitrator of the matter. Upon doing so, the parties will submit one final offer of their position to resolve the case in writing to the arbitrator and the arbitrator will share the demands with the parties. The arbitrator will then decide the case but must accept one of the two demands submitted by the parties. In other words, if the mediation is unsuccessful, that mediator who has now been privy to confidential information from both parties in his or her effort to try to resolve the case, will then receive final and best offers of resolution from each party and in his new role as arbitrator must accept one of those final and best offers of resolution as a means to resolve the case. This limits the arbitrator’s role to not really being a decision maker who determines the prevailing party and the quantity of the claim but rather determines which of two offers of resolution is more appropriate under the circumstances.

Another issue that parties are addressing is whether or not to specify one or three arbitrators in its contract documents. Parties are skeptical about having one arbitrator since they do not know who it will be and they worry about an arbitrator who may not understand the issues, properly apply the law, or otherwise understand the case. However, parties are becoming more and more unwilling to simply allow three arbitrators to be appointed by the tribunal. Therefore, contract documents allow the parties to appoint one arbitrator each with the two arbitrators selecting the third arbitrator. Of course, one worries that if each party gets to select an arbitrator, will the party-selected arbitrators be truly neutral or are they selected based upon the perceived bias that they may have in favor of the party that has appointed the arbitrator. More and more often, these party-appointed arbitrators take on the role of a complete neutral arbitrator once appointed and do not demonstrate bias in favor of the party that appointed him or her.

As projects become more complex, our dispute resolution clauses will continue to do so, too. I expect that drafters of contract documents will continue to address issues that come up in their own dispute proceedings and modify their contract clauses accordingly. Buyer Beware!