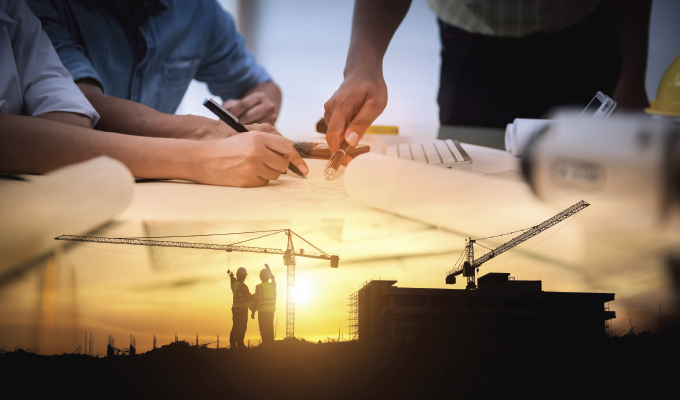 The traditional method of project delivery consists of three distinct phases, design-bid-build, with a transition from one phase to the next only after “completion” of the prior phase. Bidders in the contracting community rely on signed and sealed construction documents, drawings, and specifications issued by the designer to develop scope and price. While there may be addenda released thereafter, for the most part, the bid is based on final, “100% complete” and “issued for bid” documents. Design build is a different animal, with construction work likely commencing before the design is complete. Often the project is broken down into multiple packages, with the demolition, excavation, and footings and foundations designed and constructed before the remainder of the design is finalized. In today’s environment, combined with a fast track approach, time can potentially be saved and cost escalation and market uncertainty avoided. However, design builders, owners, and developers must reasonably anticipate unavoidable consequences of this method of delivery, or risk undoing all benefit of the approach. One such factor which could lead to catastrophic consequences is reliance on incomplete documents issued by the designer for fixing a price.

Although called the “traditional model,” design-bid-build is becoming less and less the norm. It is anticipated by the year 2025 that design build will constitute 47% of all construction spending, significantly surpassing design-bid-build, which is projected to capture 15% of the market share. Further, design build construction spending may exceed $400 billion, according to a study published by the Design Build Institute of America in September 2021. Owners also utilize some combination of fixed price, lump sum, or guaranteed maximum price contracts 86 of the time. In the study, the owners surveyed identified “delivery schedule” as the greatest influence in their selection of a project delivery method, followed by a need for industry expertise due to the growing complexity of projects. Key to achieving these owner objectives, then, is team communication and collaboration.

Despite these trends, there remain a number of repeated failures requiring reeducation and redress. One of the primary areas of concern in achieving the owner’s objectives is coming to an understanding of early expectations of the design team. Fast track projects typically involve issuing numerous bid packages to allow acceleration of schedule with design overlapping some construction sequences. Since price is typically fixed before the design is complete, assumptions must be made in the estimating process or sufficient contingencies established. With an incomplete set of construction documents, pricing may be based on narratives, progress drawings, or the owner’s request for proposal which sets a certain level of quality or scope. Whether from price escalation or additional material costs due to incomplete scope or design, the risk of added costs to the project is significant in the design build fast track arena. These risks must be accounted for in the contracts at all levels, but most importantly, accommodated by the owner’s budget. One such risk is early procurement of materials subject to cost escalation, such as structural steel. However, when procurement of construction materials is based on preliminary drawings, does it create more risk to the design builder than they propose to mitigate?

Most states do not require design professionals to affix their seal and signature on a preliminary set of documents, and instead allow them to be issued unsigned and unsealed, with a notation that they are “preliminary,” a “progress set,” or “not for construction.” Depending on the client’s needs and contract obligations, the designer may be required to produce certain progress sets of documents at 30/60/90/100% complete. It may be that the 100% set of documents are not signed and sealed until they undergo further review and approval by the client, contractor, and permitting authorities.

What reliance, then, can the design builder put to a designer’s preliminary, clearly not for construction, incomplete construction documents? If the contract is silent about the level of detail and use to be put to progress documents, the question ultimately comes down to what was reasonable under the circumstances. The designer will be obligated to perform to the “standard of care,” but how that is judged when their design was not complete and therefore not subject to an “errors or omissions” analysis is unclear.

The issue has been before the courts, and one case in particular, Middlesex Corp. v. Fay, Spofford & Thorndike, Inc., (Mass. Super. Court 2019), provides an interesting study. In the case, Middlesex, the design builder, was awarded a Massachusetts DOT project based on preliminary drawings prepared by its engineering subconsultant under a “teaming agreement” before contract award. After the price was fixed by the award, the design was finalized, and an additional $4 million in structural steel costs were added. The design builder sought to recover those costs from the designer. The court heard testimony from experts on the type of contingency that should be included on such a design build project, all of whom agreed 10% was appropriate. Middlesex only reserved 1 to 2%. Further, the court found: “that in design/build projects weights, complexities and therefore construction costs invariably increase after the contract is awarded as design development proceeds to the final approved-by-owner construction design,” and ultimately did not award the $4 million sought against the design firm.

As was noted in the DBIA 2021 study, it is critical that the owner and design builder team achieve early alignment on the expectations of design so that goals can be achieved. The number of design packages needs to be carefully considered, as there will inevitably be coordination issues and design changes associated therewith which will increase costs. The owner and design builder need to carefully manage their submittal schedules and decision points to ensure the schedule is maintained.

Early pricing of the project must be carefully scrutinized, and should involve the design team in the review process. Before the GMP is established, the design builder should ensure there is a complete list of the scope and pricing assumptions they are making, along with sufficient allowances to address the level of design completeness. The design team should be consulted on these assumptions and allowances and be allowed to weigh in on them. Without clear communication and honest accounting for contingencies, things like re-work costs, unanticipated changes to the design and scope creep will end up busting he budget.

Finally, the design builder needs to be clear with the designer on the uses put to the various progress sets of drawings. If it is anticipated they will use the 60% progress set to lock in pricing on building materials, the designer needs to include a sufficient level of detail for major components, to give the subcontracting community enough information to set pricing, provide plug numbers or reasonable estimates, or work with the design builder to calculate sufficient contingencies to account for later changes and additions. At the end of the day, the owner is the only one benefitting from a fast track approach, and so, the design builder, in early contract negotiations must use care to ensure their agreement includes sufficient protections to allow for recovery of costs associated with betterment or cost increases necessitated by design changes due to reliance on preliminary drawings.

Given the trend towards more and more design build using a fast track approach, parties to these projects must clearly communicate expectations and appropriately accommodate for contingencies, or else, the trends for more and more claims will increase as well.

William Thomas is a principal at Gausnell, O’Keefe & Thomas, LLC in St. Louis, where he focuses his practice on construction claims and loss prevention. He is a member of the International Association of Defense Counsel, serving on its Construction Law Committee, as well as an AAA Panel Arbitrator, Fellow with the Construction Lawyers Society of America, and member of the ABA Forum on Construction, AIA, and ASCE. He can be reached at wthomas@gotlawstl.com.