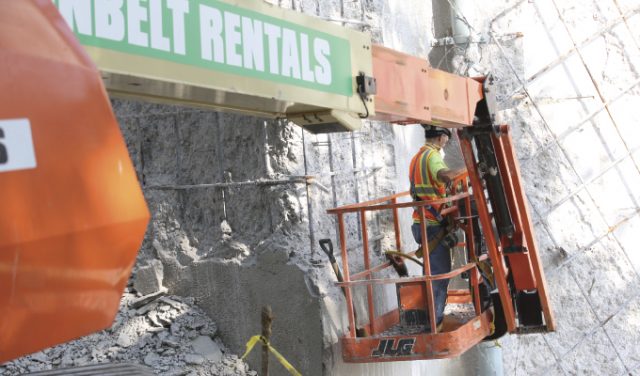 Delicate” isn’t typically the first word that comes to mind when you think about demolition. At its heart, the word evokes dynamite, debris, clouds of smoke, and wrecking balls, at a minimum. But when it comes to demolishing and replacing concrete piers on an 82-year-old bridge that carries more than 64,000 vehicles into and out of New York City every day, everything about the process is, in fact, delicate.

The Henry Hudson Bridge, predicted to be named a registered historical landmark, is a critical lifeline of access that connects the northern end of Manhattan to the Bronx, and its concrete base supports are showing signs of its revered and nostalgic history. To that end, the New York Metropolitan Transportation Authority and its contractor, Tutor Perini, have begun the painstaking process of chiseling away the 82-year-old concrete, one skewback and pedestal at a time, and replacing or repairing each one over the course of nearly 19 months.

This is not your typical demolition, but it is an important one that requires great precision, considering that the bridge will remain open during the entire project. There is no room for error and every detail is critical, including the selection of construction equipment. And, as is often the case, access to the project is priority number one.

Figuring in the roughly 50 percent grade, and the fact that this work is being done alongside a large tributary of the Hudson River, not just any machine could provide the access needed to begin the refacing of the important skewbacks—concrete bases of the bridge that support a majority of its weight. Unlike the pillars, which are being completely replaced, the skewbacks will have approximately 12 inches of concrete chiseled away from every face and then replaced with new material. Getting to each one—four in all—is no easy feat.

“It’s rare, but there are times in construction projects when there truly is a unique product that is the best-and-only in its class,” says Edgar Vidal, general superintendent for Tutor Perini.

“We were facing a significant slope down to the river, and another manufacturer’s machine had already failed the test. In a second attempt, our rental supplier had acquired for us the JLG 400SC crawler boom. The machine descended the slope, which at the time was mud and rock, with little effort and took its place at the water’s edge, allowing us to move forward with the demolition project. This machine was destined for this type of work.”

Since the start of the project, three additional 400SC models have been added to the worksite, allowing the project to remain on schedule. The four machines, the newest boom lifts in JLG’s lineup, are the first of their kind working in the U.S.

“These machines are my savior,” adds Vidal. “Without the 400SC, we would be significantly delayed and would have been forced to bring equipment in on barges, which is expensive and potentially dangerous with the swift current, not to mention the environmental hurdles we would have faced.”

The 400SC lift features tracks instead of conventional wheels for use on various terrain. It boasts high flotation thanks to surface pressure being evenly distributed across the length of the tracks, making it ideal for use on muddy or soft ground. Its compact design allows it to access challenging worksites where space is very limited.

“The tracks provide operators with the ability to work in areas where traditional booms cannot due to ground conditions, including snow and mud,” says Brandon Tucker, senior director of engineering for JLG. “The Hudson River Bridge project is exactly the type of environment that our engineers envisioned when they designed this machine, and the customer feedback is reassuring.”

While the Henry Hudson Bridge has already made its mark on history, it is inspiring to know that the JLG 400SC crawler boom is playing a pivotal part in extending the lifecycle of this important transportation artery in America’s most populated city. After all, access is everything

For more information about the JLG 400SC crawler boom and other JLG equipment, visit www.jlg.com. 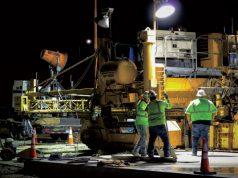 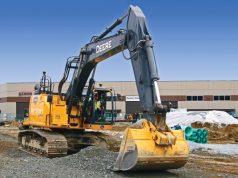 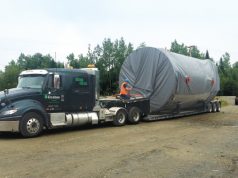