Home Featured Articles Delay Claim Damages: How Do You Prove Them? 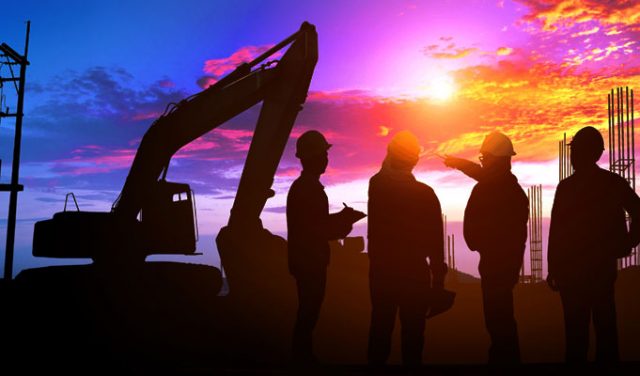 Delay claims come in all different shapes and sizes. But, where a delay is compensable, one critical aspect of the ensuing claim is determining how best to quantify the costs and damages and how to present them in a cogent and acceptable manner. This turns on the damages methodology utilized by the contractor. While there are a number of options available, not all are equally well received by the courts, so understanding each method is important and can be critical to a contractor in successfully establishing its delay claim.

The simplest method for calculating delay damages and quantifying loss of productivity and efficiency is to use the “total cost method.” Under this method, the contractor identifies the anticipated costs of the work as reflected in the contractor’s original bid or the project cost estimate. The contractor then identifies the actual costs incurred for that work (including profit) and subtracts out the estimated cost for the project. The calculated result is the cost overrun, which constitutes the total cost of the claim for inefficiency and/or loss of productivity.

While simple, this method also carries the least weight with owners, courts, and contract boards. It is generally disfavored and is often not accepted because it does not eliminate those factors which caused inefficiencies that were not the fault of the owner. Further, this method presumes that the contractor’s original estimate was reasonable and accurate. While some cases have upheld the methodology [see, e.g., McKie v. Huntley, 620 N.W.2d 599 (S.D. 2000)], others have shown a judicial reluctance with this approach In Tennessee Valley Authority v. United States, 60 Fed. Cl. 665 (2004), for instance, the delay damages were denied because the contractor failed to prove the four elements necessary to utilize the total cost method: (1) The nature of the particular losses make it impossible or highly impractical to determine them with a reasonable degree of accuracy; (2) the plaintiff’s bid or estimate was realistic; (3) its actual costs are reasonable; and (4) it was not responsible for the added expenses.

A better method of calculating damages is the “modified total cost method.” This approach deviates from the total cost method by eliminating the reliance on just the original estimate. It also factors in non-owner related performance issues by subtracting out internal contractor-caused delays as well as non-compensable factors such as weather. Under the modified total cost method, the contractor takes the actual cost of construction (with profit) and subtracts out: (1) costs incurred due to contractor error or contractor-caused impacts; (2) costs attributable to events and conditions that are not owner-fault driven; and (3) the bid or original contractor estimate.

Case law analyzing this approach has produced mixed results. In Baldi Brothers Constructors v. United States, 50 Fed. Cl. 74, 79-80 (2001), the court found that the modified total cost method of calculation was acceptable because nearly all the work was impacted—this was not a situation where only discrete work activities were subject to increased performance costs. In Propellex Corp. v. Brownlee, 342 F.3d 1335 (Fed. Cir. 2003), on the other hand, the court rejected a contractor’s use of the modified total cost method where the contractor did not establish it was impractical for it to prove actual losses and where the contractor failed to track claim-related costs.

The courts still prefer linking specific cost overruns or damages to specific delays in order to tie causation events to damages, but when the delays are attributable to multiple causes or events, and the delay impacts and durations are overlapping or hard to distinguish or isolate, these costs cannot be so readily isolated. That is precisely when the modified total cost approach is most useful.

One advantage of this method is that it utilizes only actual productivity as opposed to the estimated productivity heading into the job. This avoids protracted disputes over the validity of the contractor’s original estimate or productivity ratio used when bidding the job. However, it may be impossible to find an un-impacted period of work on a project that has suffered from significant and/or ongoing impacts. Likewise, it is extremely difficult to find areas where the work performed is substantially similar and was performed under substantially similar conditions, save for the impact factors. The quantity of the work, work areas, weather and other factors can all impact otherwise similar work such that an issue arises as to whether the impacted and un-impacted periods are substantially similar.

Consider the case of James Corp. v. N. Alleghany School District, 938 A.2d 474 (Pa. Commw. Ct. 2007), where the contractor sought acceleration damages for timely completing the project despite delays caused by the owner. In utilizing the measured mile approach, the contractor was able to establish the inefficiency costs incurred as a result of the acceleration. The trial court approved of this method, and the appellate court upheld the entry of judgment in favor of the contractor. Despite the owner’s argument that the measured mile method is too imprecise since the calculations relied on estimates which were based on flawed assumptions, the appellate court ruled that “when a contractor alleges a loss of productivity, the measured mile is the preferred method of computing damages.”

This methodology is obviously disfavored because there is a lack of evidentiary support in the documentary record to calculate damages with any degree of precision.  However, in some circumstances, the contractor claimant may be left with little choice if it has failed to document the delays and costs associated with those delays. Under such circumstances, it is left with an equitable argument that it should get something versus nothing at all.

The fourth and final approach is the “jury method.” This is another, less sophisticated methodology and can be used in the alternative when the project documentation cannot sufficiently link together causation events to specific damages. Under this methodology, the claimant establishes as best it can what its losses were and simply seeks some equitable adjustment. The court or jury considers all evidence and seeks to render a fair result. In less flattering terms, this methodology also has been referred to as the “throw it on the wall and hope that something sticks” method.

Where a contractor has suffered delays, proving that those delays have accrued and been caused by another party (and thus, compensable) is only half the battle. This is where the importance of the claim methodologies comes into play. A contractor must be able to attribute causative events of delay to resultant cost overruns and damages. The ability to calculate and establish damages using the preferred measured mile method or the modified total cost method ultimately will be dependent on the thoroughness of the contractor’s job documentation and project cost records. Knowing what the distinctions are between these methodologies will aid the contractor to better document and support its potential claim earlier and more thoroughly.

Christopher S. Drewry is a partner with the law firm of Drewry Simmons Vornehm, LLP, in Indiana (www.dsvlaw.com). He focuses his practice on construction law and litigation, as well as labor and employment law and litigation. He is also a member of the Construction Law and Litigation Committee of the International Association of Defense Counsel. He can be reached at cdrewry@dsvlaw.com.