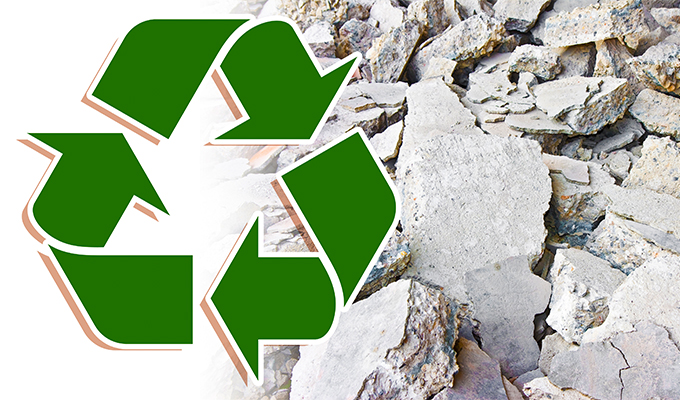 Concrete plays a key role in global carbon emissions and the fight to slow climate change. Most people think taking cars off the road or switching to renewable energy is the best way to reduce this pollution. However, concrete could be the key to significantly reducing carbon emissions, particularly those created by the construction industry.

THE IMPACT OF CONCRETE ON THE CLIMATE

Concrete has a much bigger impact on the environment than many people realize. The problem is mainly due to the limestone used in the world’s most popular type of cement, Portland cement, which is a key ingredient in concrete. Limestone is burned in the concrete production process, and calcium carbonate releases large amounts of CO2 as it’s converted into calcium oxide.

As a result, cement alone is responsible for an estimated 8% of the Earth’s carbon emissions. That puts it in the world’s top five sources of CO2 emissions, behind transportation, energy, and agriculture. Finding ways to reduce emissions from cement and create eco-friendly concrete could have a significant positive impact.

The burning of limestone also requires significant amounts of heat and energy. Finding ways to reduce the amount of processing needed to create concrete would reduce power consumption and emissions even further. In fact, experts cite reducing energy usage as one of the top ways the construction industry can become more sustainable.

One eco-friendly possibility is clay-based concrete that uses materials like Belterra clay in place of limestone. Belterra clay is a particularly attractive option for green concrete. It is accessed during bauxite mining for aluminum production. This clay is already being dug up, so it might as well be put toward something useful.

Herbert Pöllmann, a professor at Martin Luther University in Germany, commented on the use of Belterra clay in concrete in a 2021 interview. Pöllmann notes that “[Belterra clay] contains enough minerals with an aluminum content to ensure good quality cement. It is also available in large quantities and can be processed without additional treatment.” Pöllmann’s method for creating Belterra clay concrete could cut emissions by two-thirds if used on a large scale.

Clay is not the only candidate for green concrete. Plastic waste may be the key to solving concrete challenges around the world. Industry innovators are developing ways to use Earth’s massive amounts of garbage to create eco-friendly cement alternatives.

Some researchers believe replacing sand with bits of granulated recycled plastic may be the way to go. This could solve a few connected concrete problems. For example, shortages of sand and unsustainable sand mining in certain areas, like China and India, are causing major issues for construction, communities, and the environment.

Replacing sand with plastic could address the problems caused by these shortages. Experts have also noted that using different concrete production and construction processes can also help reduce emissions. For example, precasting concrete improves energy efficiency and can help lower the amount of pollution produced due to power consumption.

Some particularly talented innovators are going beyond using plastic for a small fraction of concrete. Nzambi Matee was named a United Nations Young Champion of the Earth in 2020 for the work of her construction startup Gjenge Makers. Matee’s Nairobi-based startup creates concrete bricks out of plastic waste that are five to seven times stronger than traditional concrete. The bricks are made entirely of recycled plastic and sand. They are lighter than concrete and can hold double the weight.

Gjenge Makers takes cement out of the equation and removes plastic waste from the environment. Applying Nzambi Matee’s technology on a large scale might one day make next-gen plastic concrete a carbon-neutral material.

Concrete is the lifeblood of construction. It is necessary to build vital infrastructure worldwide. However, this crucial material can be made more eco-friendly. Scientists and innovators from every corner of the globe are working hard to make this a reality. From clay to plastic waste, today’s innovations are propelling construction toward a future where green concrete can massively reduce carbon emissions.

Jane Marsh is an environmental and green technology writer who covers topics in sustainable construction and green building materials. She also works as the editor-in-chief of Environment.co.