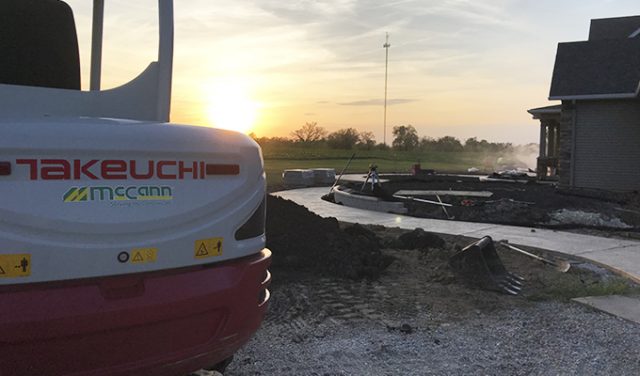 Hardscaping is a term for transforming otherwise common outdoor living spaces into practical, interactive works of art. The landscape and hardscape work Mulder Maintenance and Services provides starts with careful attention to detail and ends with an outdoor space their customers can be proud of for years to come.

Owner Andy Mulder started his landscaping career in his early high school years, learning everything he could about the business before establishing his own company in 2013 in Hebron, Indiana. The craftsmanship that hardscaping requires is something Mulder always enjoyed, and he believes the process is a journey that the customer takes with his company. Hardscaping projects Mulder and his crew provide include brick patios, retaining walls, brick walkways and edging, and a complete design build of all types of landscape and hardscape work.

Early this summer, Mulder’s crew tackled one of the toughest projects in its history — three large retaining walls that required a heavy dose of excavation. The team put down 15 semi-trailer loads of topsoil and spread 80 yards of mulch. The project also included a large amount of brickwork.

As if the project wasn’t challenging enough, it needed to be completed in just three weeks. Bad weather over the course of the job added even more pressure.

Fortunately, Mulder has put together a solid equipment lineup over the last few years, including a Takeuchi TL10V2 compact track loader and TB230 excavator.

“This was the largest project to date our company has ever completed, and it was a quick turnaround, too, thanks to hard work and a couple of great machines,” says Mulder. “We were working in a lot of different conditions from extremely wet to steep slopes and extremely hard ground. I was proud of the work we did in a short time and continue to be impressed with our Takeuchi machines.”

The addition of the TL10V2 and TB230 has been vital to the landscaper, providing a new avenue for revenue with their capability for clearing land.

“We added a couple Takeuchi machines to our lineup, which has really elevated what we can provide for our customers,” says Mulder. “I have known about Takeuchi since my dad operated a TL10 excavator at his old job. He swore by it, always talking about how indestructible the machine was. Then I really started to love the brand after I borrowed a Takeuchi excavator from a friend. Being in this business, I know several other landscapers, many of which will only buy Takeuchi.”

The landscaper admits having a machine with tracks was the only way they could perform some of the tasks they need to do, and that was certainly true while building the three retaining walls. The rainy and mud-spattered conditions didn’t slow them down.

“Our two Takeuchi machines put a lot of work in during that job. They were game changers for us and we could not have finished it in the time we did without them,” says Mulder. “In particular, the speed and power of the TL10V2 was such a large help in moving all aggregate, topsoil and mulch around the property.”

While speed and power may have been key, the TL10V2 undercarriage was also crucial during the project. Ultimately the undercarriage was a big part of the decision-making process when they purchased the machine two years ago. They needed sturdy and durable tracks that would last while still offering the power needed for their jobs.

“The TL10V2 is a beast of a machine. There have been many times my crew and I left a job and have been so impressed by what it can lift and push,” says Mulder. “Most of all though, working in different materials between dirt, mud, stone and sand, the undercarriage has been unbelievable. I hold Takeuchi’s tracks in the highest regard with very minimum maintenance needed.”

In year 5, Mulder Maintenance and Services is still discovering new phases to implement into their core capabilities and is taking on bigger projects each passing year. Mulder views his growing business like he views each project—as a journey. His company is already on quite a journey that continues to grow, project by project and brick by brick.

Sean O’Keefe has more than 19 years of experience articulating the complexities, challenges, and camaraderie of construction and design. He writes Built Environment stories for owners, architects, contractors, and product manufacturers and can be reached at sean@sokpr.com. 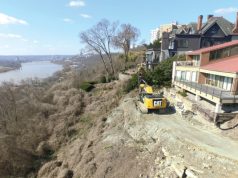 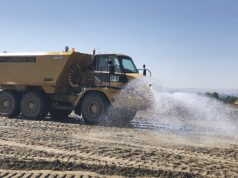 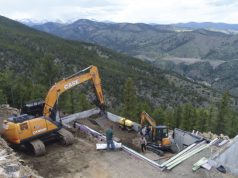