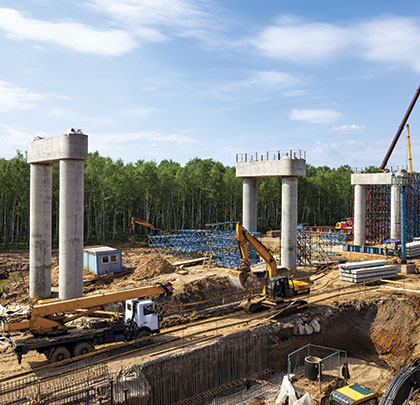 A contractor’s ability to make a steady profit depends not just on the ability to complete projects, but on the ability to complete them within a reasonable and predictable timeframe. Fixed labor costs, administrative overhead, and other expenses of the contractor are often time-related, and a single project gone awry from a time standpoint can be devastating to a contractor’s profitability. It can increase expenses on a single project well beyond that project’s projected revenues, for example. It can prevent the contractor from being able to staff other projects with its best personnel when they are needed on those projects. It can also prevent the contractor from being able to undertake other, more profitable projects. In short, time is money for a contractor.

Owners have the same concern. They are often under pressure to complete their projects within a certain time because delayed completion, or even delayed partial completion, is going to cause them to lose the opportunity to make actual use of the facility either to generate serious revenue, avoid substantial expenses, satisfy the requirements of their lenders (or grant funding agencies), or simply meet the needs of their customers or (in the case of a public agency) the general public.

The law takes these concerns into account for both parties, but it generally presumes that the contractor will take responsibility for the timing and progress of the work, hence the schedule. Many contracts also explicitly state this, and it is not a casual or merely theoretical obligation. It has significant legal implications. Owners often include so-called “liquidated damages” provisions in their proposed general contracts, for example, providing that the contractor will be charged a specified amount of money, often thousands of dollars, for every day it is late in substantially or finally completing the entire project, or important parts of it. These provisions can expose the contractor to substantial damages, beyond lost profits, if it cannot control and predict the progress of its work from a time standpoint.

So how does the contractor plan, control, and reliably predict the progress of its work from a time standpoint and assess the impact to its schedule of different type of delays? How does it minimize its legal liability for delay? How does it ensure its own profitability, and avoid being made subject to a liquidated damages provision? The answer is that it needs to understand at the outset, and constantly update its understanding of during the job, the required sequence of the work, including the required sequence in which specialized labor (e.g., electricians, HVAC installers, etc.) and specialty materials (e.g., structural steel, process piping, etc.) need to be made available on the job, and how long they will need to remain available. This required sequence is commonly referred to as “the critical path,” and it is best understood not merely as a path to completing the project in a specific timeframe, but as a path to completing the project in the most profitable and least risky manner possible.

While independent professionals can often help with this kind of analysis, it also helps for the contractor itself to have one or more of its own management personnel become trained in critical path formulation and analysis, known as “Critical Path Method,” or “CPM,” analysis. It is an invaluable skill to the contractor, helpful both in bidding jobs and in managing them. Having an on-staff manager trained in CPM analysis is also extremely helpful to the contractor’s legal counsel in advising on how to handle delay and disruption claims as they arise, especially if the manager is already assigned to the project. This is because the law of most jurisdictions recognizes CPM analysis as the method most often accepted in court or arbitration for determining the impact of specific delays on the overall time for completion of a project. In other words, construction law relies on CPM analysis to determine whether, in individual cases, time really is money. So, it is important that contractors understand and use it. ν

About the Author:
Robert J. Kaler, Esq. is a partner with Holland & Knight LLP (www.hklaw.com), an international law firm of more than 1,200 lawyers and professionals in 27 offices throughout the world. He is also a member of the Construction Law and Litigation Committee of the International Association of Defense Counsel. He is listed in Best Lawyers in America in the area of Construction Law and is ranked among the Chambers USA – Leaders in Their Field in the area of General Commercial Litigation. He represents corporate clients in complex engineering and construction matters, including both arbitrations and jury trials, all over the United States and abroad. He can be reached at robert.kaler@hklaw.com.