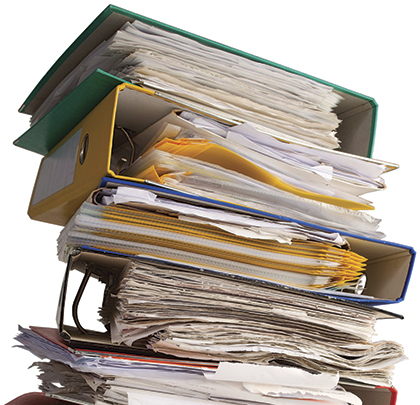 On March 1, 2017, the U.S. House of Representatives passed a resolution of disapproval, under the Congressional Review Act, to block OSHA’s “Volks” rule. On March 22, 2017, the Senate followed suit and voted to overturn the rule. Now, the resolution will be forwarded to President Trump to sign, which is expected to occur.
The Volks rule—formally the “Clarification of Employer’s Continuing Obligation to Make and Maintain an Accurate Record of Each Recordable Injury and Illness” rule—was issued on December 19, 2016, during the final days of the Obama Administration. OSHA claims the rule was created to clarify that an employer’s duty to make and maintain accurate injury and illness records (OSHA 300 logs) is an ongoing obligation, and that OSHA has five-and-a-half years to cite an employer for failing to do so.
Opponents of the Volks rule—including Rep. Bradley Byrne (R-AL) who introduced the resolution—argue that the rule will not only fail to improve workplace safety, but also reflects an unlawful power grab since the rule seeks to circumvent a prior Court decision that directly undercuts OSHA’s longstanding position on the issue.
THE OSH ACT, RECORDKEEPING REGULATIONS, AND VOLKS DECISION
The Occupational Safety and Health Act (OSH Act) provides that each employer “shall make, keep, and preserve” records of workplace injuries and illnesses “as the Secretary … may prescribe by regulation.” The Secretary of Labor thereafter established regulations requiring employers to record certain work-related injuries and illnesses within 7 calendar days of the incident (OSHA forms 300 and 301), prepare a year-end summary of all recordable injuries during the calendar year (OSHA form 300A), and save the forms for 5 years from the end of the records’ calendar year.
The OSH Act also states that “no citation may be issued … after the expiration of 6 months following the occurrence of any violation.”
With this statutory and regulatory framework in mind, in 2006, OSHA cited AKM LLC (dba Volks Constructors) for improperly recording certain injuries between 2002 and 2006. Volks in turn moved to dismiss the citations as untimely, arguing that the injuries giving rise to the recording failures took place more than 6 months before the issuance of the citation.  However, the Administrative Law Judge (ALJ) rejected this argument, and the Occupational Safety and Health Review Commission affirmed the ALJ’s decision.
Volks petitioned for further review, and in AKM LLC dba Volks Constructors v. Secretary of Labor (the “Volks Decision”), the United States Court of Appeals for the District of Columbia Circuit held that the statute of limitations for failing to properly record a work-related injury or illness is 6 months from the date of the alleged recordkeeping failure. With its decision, the Court rejected OSHA’s argument that an initial recordkeeping violation continues during the entire 5-year record retention period, allowing a five-and-a-half year period to cite violating employers.
OSHA’S ATTEMPTED “END AROUND”—SIGN OF FEWER THINGS TO COME?
Few, if any, would agree that the Volks rule was simply meant to gently clarify OSHA’s recordkeeping regulations. Instead, it was a very transparent attempt to circumvent the Court’s decision—which provided an in-depth analysis of the OSH Act and recordkeeping regulations. Congress has now overturned the rule. More broadly speaking, the overturn of the Volks rule is consistent with a less aggressive OSHA many expected to see with the new Administration. Already, this past January, President Trump issued an Executive Order declaring that the 2017 incremental cost for new regulations will be $0, and that agencies—such as OSHA—will be tasked with identifying two regulations to be repealed for each new one enacted.