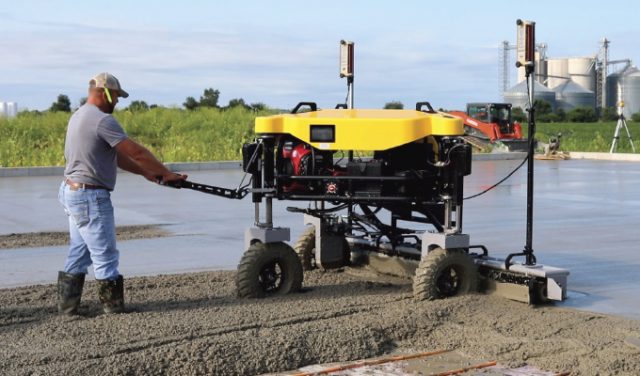 When Steve Hamilton, co-owner of United Structural Concrete of Orem, Utah, visited the World of Concrete last January, he was looking to replace his current laser-guided concrete screed with a newer model. Hamilton says his current machine from another manufacturer was getting old and was not quite as reliable as it once was. It was there, where he discovered Ligchine’s most recent product introduction, the SpiderScreed™.

“I have been watching Ligchine for the last 10 years or so, and seeing the improvements they have made to their product lines and how much they have developed over the years, I decided I needed to go to the unveiling [of the SpiderScreed] at Ligchine’s booth,” Hamilton says.

The SpiderScreed overcomes the traditional limitations of existing drive-in screeds such as weight, power, navigation, and leveling capabilities. The SpiderScreed is ideal for concrete placements on upper decks, residential applications, slab-on-grade, and 3D surfaces.

A tubular aluminum main and screed head frame makes the SpiderScreed the lightest drive-in screed featuring an auger screed head or a smooth roller for multi-directional use.

United Structural Concrete specializes in structural cast-in-place concrete. Hamilton has been a concrete contractor since 1977, and flatwork makes up approximately 20 percent of his business. Over the years he has used other screed machines and has utilized the option to rent larger machines for certain jobs. However, the SpiderScreed impressed him in ways other machines on the market haven’t.

Much of the concrete flatwork Hamilton performs is at locations such as office buildings and school facilities where there are many protrusions in the floor. Hamilton says he was looking for a solution to screed concrete efficiently.

“The SpiderScreed is a totally different approach to concrete screeding,” Hamilton describes. “It has the auger and it has the 10-foot standard head. It’s very maneuverable!

“Although it is a vastly different looking machine, it’s a sturdy, well-built piece of equipment. I would say the screed head is probably stronger as well,” he notes. “Compared to other drive-in screeds on the market, the price point was much better too.”

Since Hamilton acquired the SpiderScreed, he has used it on two concrete placements, which were approximately 8,000 to 9,000 square feet. He was impressed with the ease of operation and how quickly the screed helped complete the job. He says he may still need a little more experience to operate the machine, however he is very comfortable with what the screed will do for his flatwork jobs.

“I feel very comforted in knowing that I made the right choice,” Hamilton says.

Ryan Olson is the director of marketing for Ligchine, a company that designs and manufactures innovative boom-operated, laser-guided concrete screeding machines. For more, visit www.ligchine.com. 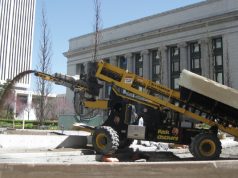 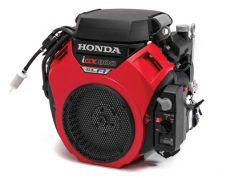 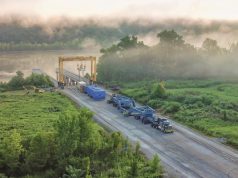