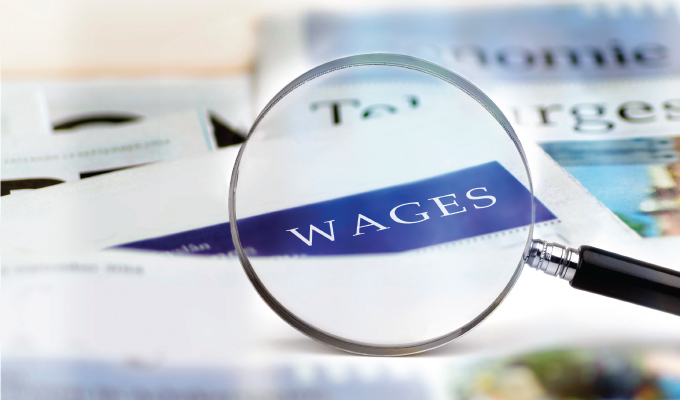 The U.S. Department of Labor (DOL) recently announced that it reached a settlement and the entry of a Consent Order with a Long Island masonry contractor for the contractor to pay $500,000 in back overtime pay and damages to 69 employees after being sued by the DOL’s Wage and Hour Division in June 2019. The division had alleged that “its investigation determined that the contractor and its owner failed to pay overtime to employees who worked more than 40 hours in a week, violating federal overtime and recordkeeping requirements. The lawsuit also says the employees were paid in cash or combinations of cash and checks, and the company failed to keep accurate records of employees’ work hours and regular hourly pay rates.” The DOL’s lawsuit asserted that the contractor failed to pay overtime to masons and laborers from August 2015 to at least August 2018 in violation of the Fair Labor Standards Act (FLSA).

As a result of a settlement agreement filed with the U.S. District Court for the Eastern District of New York on April 30, 2021, a consent judgment was entered by that court that orders the contractor to pay workers $250,000 in back overtime wages and another $250,000 in liquidated damages. As noted by the DOL, the consent judgment also prohibits the contractor from the following:

This is serious—and expensive—stuff. The FLSA establishes minimum wage, overtime pay, recordkeeping, and youth employment standards affecting employees in the private sector and in federal, state, and local governments. Covered nonexempt workers are entitled to a minimum wage set by law and to overtime pay at a rate not less than one and one-half times the regular rate of pay after 40 hours of work in a workweek. In cases where an employee is subject to both state and federal minimum wage laws, the employee is entitled to the higher minimum wage.

As stated by the DOL regarding FLSA overtime: “Covered nonexempt employees must receive overtime pay for hours worked over 40 per workweek (any fixed and regularly recurring period of 168 hours—seven consecutive 24-hour periods) at a rate not less than one and one-half times the regular rate of pay. There is no limit on the number of hours employees 16 years or older may work in any workweek. The FLSA does not require overtime pay for work on weekends, holidays, or regular days of rest, unless overtime is worked on such days. … hours worked ordinarily include all the time during which an employee is required to be on the employer’s premises, on duty, or at a prescribed workplace.”

It is important to know what gets counted in the 40 hours or as “compensable time,” as it can be more than starting at picking up the first tool and setting it down at what seems like the end of the day. Problems arise when employers fail to recognize and count certain hours worked as compensable hours. According to the DOL, “The workweek ordinarily includes all time during which an employee is necessarily required to be on the employer’s premises, on duty or at a prescribed workplace. ‘Workday,’ in general, means the period between the time on any particular day when such employee commences his/her ‘principal activity’ and the time on that day at which he/she ceases such principal activity or activities. The workday may therefore be longer than the employee’s scheduled shift, hours, tour of duty, or production line time.” Additional guidance can be found at www.dol.gov/sites/dolgov/files/WHD/legacy/files/whdfs22.pdf.

Likewise, work not requested but “suffered or permitted” to be performed is work time that must be paid for by the employer. For example, an employee may voluntarily continue to work at the end of the shift to finish an assigned task or to correct errors. The reason is immaterial. The hours are work time and are compensable. Whether “waiting time” or “on-call time” is to be counted and compensated depends on several factors and the circumstances. Thus, it is imperative for the employer to consult with their counsel to determine what should or need not be counted.

Christopher Scott D’Angelo is a partner and chair of both the Business Disputes & Products Liability Practice and International Practice at Montgomery McCracken Walker & Rhoads LLP, based in Philadelphia and New York City. His practice involves business, products liability, construction, class action, and insurance counseling and litigation, including his role as national counsel for several major U.S. clients and his representation of foreign concerns in the United States and U.S. concerns abroad. He is a member of the Construction Law and Litigation Committee of the International Association of Defense Counsel. He can be reached at cdangelo@mmwr.com.