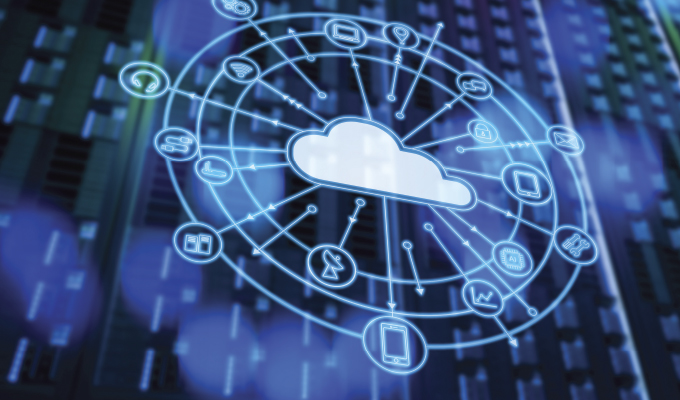 To host, or not to host? That is a question many contractors face as they add software capacity to gain competitive advantages in workflows ranging from estimating to accounting. The decision between on-premise servers or outside hosting in the Cloud hinges on performance, cost, accessibility, and security. Advantages in all four areas are driving the trend toward the Cloud.

“Software is becoming more and more important in heavy construction, and as we acquired more technology, we realized we didn’t really want to be in the IT business,” says James Panapinto, president of Pinto Construction. “We wanted to stay focused on digging dirt, moving materials and building.”

Pinto opted for cloud hosting when it adopted Foundation accounting software. Success led the company to then move its B2W estimating and field tracking applications to the Cloud. The family business headquartered in Buffalo was founded in the 1920s and completes demolition, environmental and infrastructure projects, as well as asphalt and concrete paving across western New York.

Sentiments are similar across the state at Lancaster Development, based near Albany in Richmondville, New York. “When we look at our IT staffing and hardware, one of the things that we try to focus on is what it is that we are as a company,” explains Mark Galasso, president and co-owner. “We’re a heavy highway construction company, we are not an IT company.”

Galasso says cloud hosting eliminates in-house responsibility for daily maintenance of the hardware, ensures that software and data are backed up, and provides redundant storage facilities for disaster recovery. “That’s all outsourced to people who are better at it than we are,” he emphasizes.

Ontario-based Priestly Demolition faced a choice between upgrading on-premise equipment or migrating to the Cloud, a decision based on the server capacity to handle an increasingly high-powered array of applications and the ability to support and provide access for geographically dispersed teams working in Canada and the U.S.

“We vetted many different service providers, ruling out on-premise servers pretty quickly, since we weren’t sure how they would handle all our solutions, applications, and growth plans,” explains Shannon Kuyt, operations excellence manager at Priestly. Those applications now hosted by the LoadSpring Cloud at Priestly include Auto CAD, Oracle Primavera P6, Vista, and the B2W ONE Platform. 3D modeling software shared between several engineers, for example, was too heavy for existing on-premise servers, according to Kuyt.

“We wanted enterprise-class horsepower,” adds Panapinto. “The speed and reliability of B2W elements are the same in the Cloud. The only difference is, we are no longer responsible for the hardware that supports that high performance.”

Access to software applications was also a factor at Pinto. Panapinto says the company was moving to the Cloud anyway, but that the Covid situation and the value of easier remote access accelerated the process.

“There are no VPNs or complexities required now,” he explains “It doesn’t matter if someone is in the office, on a jobsite, or at home—they can get on or get the information they need more easily.”

There are tradeoffs in assessing the cost of Cloud hosting versus maintaining on-premise servers and IT expertise. Factors like existing IT infrastructure and expertise as well as the overall ecosystem of software applications for estimating, operations, accounting, ERP, and other functions can impact the answer for each contractor.

Contractors that opt for cloud hosting typically pay a monthly fee based on the number of users and the complexity of their applications. With an on-premise environment, expenses don’t end with the initial setup of the system. Contractors will need to maintain and update infrastructure as technology advances and requirements evolve. That may require hardware and software updates as well as IT expertise.

“The monthly bill for cloud hosting can be a sticker shock but, for us, the savings more than offset that expense,” says Panapinto. “We don’t buy and update servers, we need less IT expertise, we save the time spent supporting our own environment and we gain some capabilities and efficiencies that have tangible value.”

While some contractors feel more comfortable controlling their own on-premise servers, a cloud environment can actually provide security advantages such as data centers with fault-tolerant servers, redundant storage, and state-of-the-art protection against fires, floods, and other physical risks. That type of security is difficult, if not impossible, to replicate in a construction office.

Cloud providers also backup data at regular intervals automatically, so recovery is generally faster and easier. Redundant server capacity can also allow teams to continue working, even if there is an issue with a server.

Panapinto believes the Cloud delivers a higher level of protection against physical and technical threats than his company could establish for its own servers. “Putting it another way, we would have to spend a lot more money and effort to get to that level of security ourselves,” he adds. “We also like not having to worry about backing things up. That happens automatically. We don’t have to think about it.”

Galasso sums up Lancaster Development’s decision in favor of cloud hosting with a construction analogy. “It’s no different than in heavy highway when we subcontract electrical work. We are not an electrical contractor. There’s a reason we go out and find companies that are really good at that and then work with them. It’s the same thing with cloud hosting. It puts the task in the hands of the experts to get the service we are looking for, which is making us the most efficient construction company we can be.”