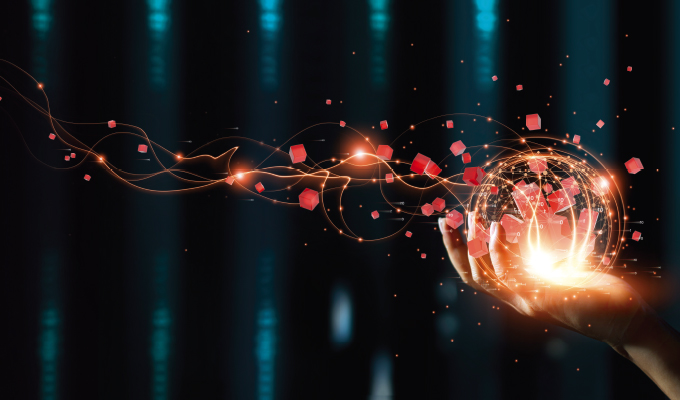 Although it has been around in concept since 1991, “Blockchain” is only now on the verge of becoming a household term, and will soon be working its way into the construction industry. Essentially a distributed ledger technology system, blockchain provides security, transparency, and immutability to every transaction in its network. For these reasons, it has obvious application for participants in the construction field. Coupled with other emerging technological advances, such as “Smart Contracts,” blockchain could be another revolutionary game changer in an industry where such things have become commonplace. But, are construction professionals ready for yet another advancement promising to upend the most basic and critical operating systems in the industry: the contracts containing the terms of their agreement, the manner in which they get paid, and the construction documents themselves?

Blockchain itself is a simple concept to understand. Rather than centralizing the storage of data, making it vulnerable to alteration, deletion, or corruption, a blockchain spreads critical data out among several locations, and breaks it down into unchangeable “blocks.” The blocks are chained to other blocks so that every transaction impacting a set of data is kept together. This creates redundancy and preserves security by preventing an outside actor from altering data at one instance of the database since they would have to alter it all places it’s stored. If someone tampers with a record in the chain of a transaction, all other instances of the data would cross-reference each other and easily pinpoint the location with the incorrect information. This system helps establish an exact and transparent chronology. In this way, no single location within the network can alter all locations where information is securely held.

Coupled with existing BIM technology, blockchain could offer many immediate benefits to construction participants. BIM serves to facilitate digital centralization and universal access to project modeling but is susceptible to alteration, corruption, and output error. Integrating blockchain into existing BIM technologies would foster more openness, security, and transparency with each transaction. A blockchain BIM system would prevent alteration of data through its built-in distributed network security, while still maintaining the collaborative process. Further, intellectual property can be easily identified and preserved through the secure and immutable “blocks” built into the process for information within the system, making attribution of creation or identification of errors simpler to discover.

Most important to construction professionals, merger of BIM and blockchain allows creation and implementation of smart contracts, which could automate the delivery processes for any project. Development of the BIM model based on a distributed digital register, which is updated and modified during contract execution, allows transactions occurring throughout the project to be entered into a non-modifiable chronology of all construction process stages. They are assigned blockchain properties, which guarantee the unchangeability of the data and allow control of every single step in the process. This allows a self-executing contract to govern the remaining contract execution phases, from design, commissioning, construction, and management of the project throughout its anticipated lifecycle.

Smart contracts then are computer code embedded into the blockchain to facilitate, verify, and execute a contract agreement. Smart contracts establish the conditions agreed to by all parties, such that, when those conditions are met, the terms of the agreement are automatically carried out. As an example, payouts between the parties are embedded in the blockchain and automatically execute when specific contractual conditions have been met, like delivery to the BIM system of the construction documents, delivery of a specific component, or completion of a specific phase of the project. In such an example, the payee initiates a transaction, or block, by uploading the deliverable for which it is seeking payment. The upload contains transaction data such as the date, time, and payment amount for that block. Once the deliverable is uploaded, payment is executed. Both the payee and payor see the block of transaction data, so both parties can confirm the deliverable was uploaded and payment was sent and received.

Such a system could be a game changer for construction professionals. Blockchain used during the construction process can better track as-built conditions, and trace design issues or conflicts, assigning responsibility for delays or change order expenses. Supply chain management is made much easier with a blockchain system, allowing scheduling and tracking of every component for the project from source to site. Percent complete information and review of pay applications would be made much easier. Beyond completion of the project, the blockchain would simplify and automate project systems’ maintenance and service life scheduling, take care of ordering parts and supplies, and simplify ownership’s management of the property throughout its lifespan.

IS THE INDUSTRY READY FOR THESE NEW TECHNOLOGIES?

There are numerous obstacles to the widespread adoption of blockchain-powered smart contracts in the near term. Initially, the input parameters and the execution steps for smart contracts must be specific and objective. (If x occurs, then execute y.) More complex smart contracts will require stringing together multiple transaction steps, complicating the code. This is a system of objective measures that does not allow for subjectivity, which is oftentimes critical in administration of a contract. It will be some time before code can determine subjective legal criteria, such as whether a party satisfied a specific standard of care or whether a risk shifting or indemnity clause has been triggered.

Any implementation of this type of system would involve creating a centralized tracking system, where the rules, regulations, measure of performance, and penalties are all defined. The system would then automatically enforce those rules and regulations as the project progresses. Strict adherence to the autonomous process takes away any flexibility, and until specific defined criteria are met, things like payment will be withheld. A breach of the agreement, in other words, would be difficult to excuse. This takes away the ability to deal outside of the contract’s terms, and conversely takes away leverage the party with the money has to withhold payment for other reasons once conditions for payment are met.

Only 17 states have taken steps to introduce legislation relating to blockchain. Many of these legislative initiatives are merely studying the impact of blockchain technology, while others are blanket authorizations of electronic records, signatures, and contracts. Some permit outright the use of distributed ledger technology as an electronic record of transactions and permit use of smart contracts. Until the states catch up to the state of the art, there may be some delay in widespread use of blockchain and smart contracts on everyday construction projects. Federal statutes already permit its use. However, international authorities are moving faster, and some high-profile corporations have already begun to implement these technologies. Perhaps it will be the industry itself that will be the driver in seeing these changes implemented sooner than later.

William Thomas is a principal at Gausnell, O’Keefe & Thomas, LLC in St. Louis, where he focuses his practice on construction claims and loss prevention. He is an AAA Panel Arbitrator, Fellow with the Construction Lawyers Society of America, and member of the AIA, ASCE, and International Association of Defense Counsel, serving on its Construction Law Committee. He can be reached at wthomas@gotlawstl.com.