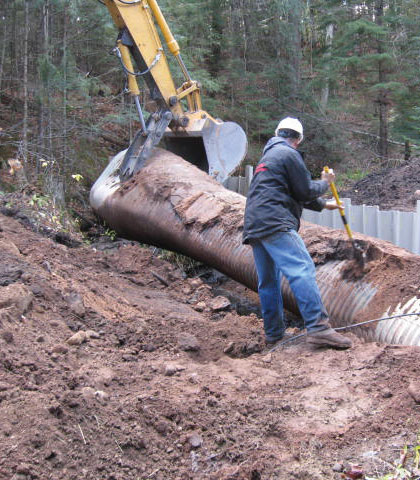 The Anna River culvert replacement project was carried out in the fall of 2010. The Anna River is 7.1 miles long and is located in Alger County just southeast of Munising in Michigan’s Upper Peninsula. An old metal culvert on Perch Lake Road was beginning to rust away and there was concern it would collapse and bury the Anna River. Perch Lake Road is the only access for homeowners on Perch Lake and logging plots in the area. Liz Coyne, a project manager for Alger County Conservation District, contacted Applied Polymer Systems, Inc. (APS) to consult on watershed restoration and erosion control. An anionic water soluble polyacrylamide was used to control the inevitable sediment and turbidity caused by the construction. Permits are required when using polymer chemical treatment within the waters of the State of Michigan (Rule 97). A permit was obtained through the Michigan Department of Environmental Quality before the project was started. 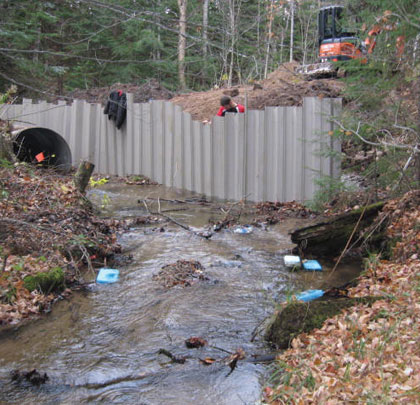 The sheet pilings were used to create the stream diversion separating the construction from the stream flow.
PROTECTING THE RIVER
Both APS Floc Logs and Silt Stop Powder were used in this project to ensure that no sedimentation or turbid water was allowed to leach into the river during construction. As a preventive measure, eight APS Floc Logs and particle curtains made of jute matting were installed 20 to 30 feet downstream of the site. The particle curtains were devised by stretching a rope across the river and attaching jute matting to it. These curtains served as a surface area of attachment for any flocculated sediment that traveled downstream after the reaction with the Floc Logs.
Before the excavation and repair work could be done on the culvert, a diversion channel had to be constructed. This channel allowed the old culvert to be isolated so it could be removed and replaced with the new concrete box culvert. The construction of the channel began by excavating at the side of the culvert down to the river level. At this point, sheet pilings were installed with a pile driver attached to an excavator ensuring correct assembly. Once the diversion channel was complete, limestone rock was used to line the channel. 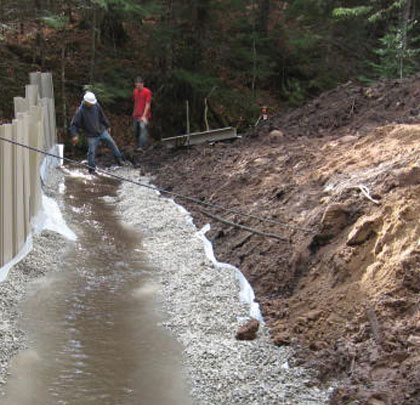 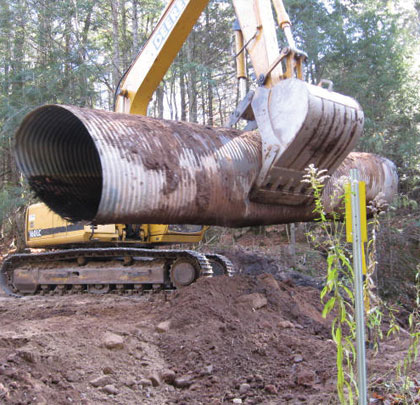 With all of the water diverted, the old culvert could be removed.
Once the site was prepped and the bedding materials in place, the sections of the cement box culvert were installed completing the new culvert. The area was then backfilled, graded, and compacted in preparation for the new road over the culvert. All areas draining from the road to the stream (i.e., sides of slopes and box culvert) were soft armored using polymer enhanced mulch and matting. 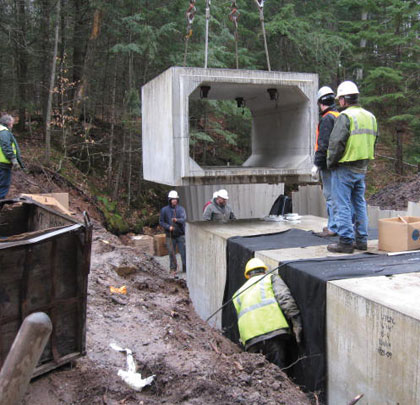 Assembly of the new box culvert continued.
Polymer powder was applied everywhere the soil had been disturbed except on the road surface. The polymer powder was also blended with the seed and fertilizer that was sown over all the bare soil. The application of the polymer with the seed and fertilizer prevents them from washing into the stream. The Floc Logs in the river were removed at the completion of the project. The particle curtains were laid on the forest floor to decompose. 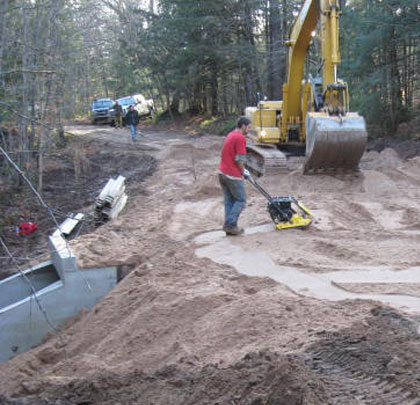 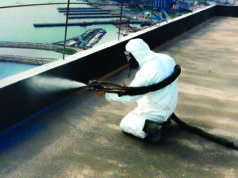 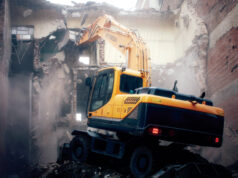 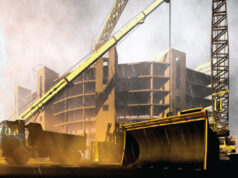